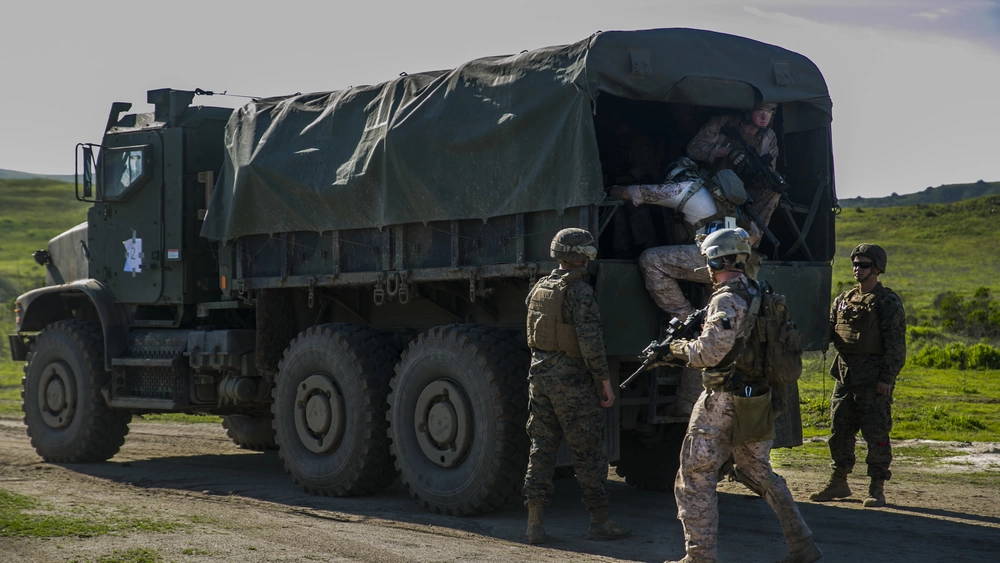 The M939 series 5-ton 6x6 truck is a family of United States military logistical transportation trucks which was designed in the late 1980s and has been in service ever since. About 32,000 M939 series trucks are in service. The M939 series is an improved version of the older M809 Truck series of trucks.

All models of the M939 share a common basic chassis, cab, and hood/fenders. The basic truck is a 6x6 (three axles, six sets of tires, all six powered) medium truck. Early M939s were rebuilds of M809 vehicle chassis by AM General, with a new automatic transmission, cab, and hood/fender. Suffix –A2 are new production by Bowen-McLaughlin-York with later model Cummins engine. The vehicles have a wide variety of configurations and weights.

Note that the motor and tire specifications, along with other improvements, apply to the A2 versions (and A1 versions) of each base model listed below. There is an M928, an M928A1, and M928A2.

The safety of the M939 series of trucks has been criticized, especially braking performance and stability when loaded. In 1999 the US Army began refitting anti-lock brake systems to the M939 trucks. Until the trucks were modified, they were limited to a 40 mph (65 km/h) top speed by an Army-wide safety order.

The problem seemed to be that the torque converter would "lock up" in 2nd gear, and would not unlock easily. When the driver attempted to brake hard, often in a sudden or 'panic' stop, and accidentally locked the brakes (no wheel movement, tires skidding), this would kill the engine; this also killed the power steering, and the driver would suddenly be unable to steer. Too often, the truck would veer sideways and either hit something or roll over.