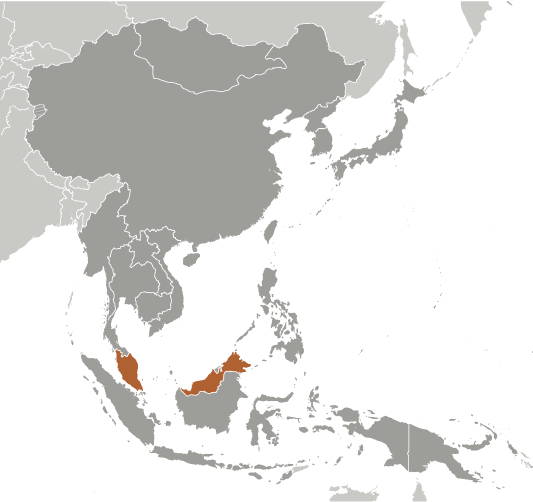 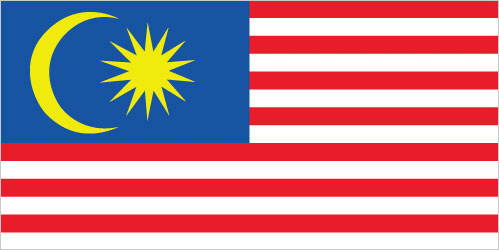 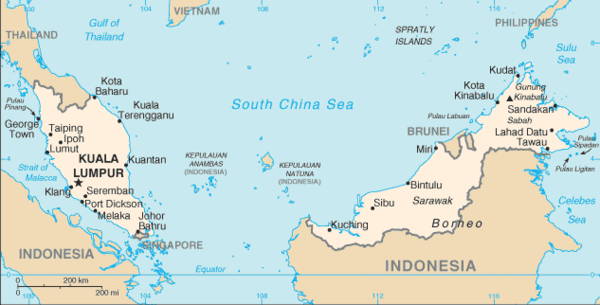 country comparison to the world: 65

while the 2002 "Declaration on the Conduct of Parties in the South China Sea" has eased tensions over the Spratly Islands, it is not the legally binding "code of conduct" sought by some parties; Malaysia was not party to the March 2005 joint accord among the national oil companies of China, the Philippines, and Vietnam on conducting marine seismic activities in the Spratly Islands; disputes continue over deliveries of fresh water to Singapore, Singapore's land reclamation, bridge construction, and maritime boundaries in the Johor and Singapore Straits; in 2008, ICJ awarded sovereignty of Pedra Branca (Pulau Batu Puteh/Horsburgh Island) to Singapore, and Middle Rocks to Malaysia, but did not rule on maritime regimes, boundaries, or disposition of South Ledge; land and maritime negotiations with Indonesia are ongoing, and disputed areas include the controversial Tanjung Datu and Camar Wulan border area in Borneo and the maritime boundary in the Ambalat oil block in the Celebes Sea; separatist violence in Thailand's predominantly Muslim southern provinces prompts measures to close and monitor border with Malaysia to stem terrorist activities; Philippines retains a dormant claim to Malaysia's Sabah State in northern Borneo; per Letters of Exchange signed in 2009, Malaysia in 2010 ceded two hydrocarbon concession blocks to Brunei in exchange for Brunei's sultan dropping claims to the Limbang corridor, which divides Brunei; piracy remains a problem in the Malacca Strait

stateless persons: 40,001 (2012); note - Malaysia's stateless population consists of Rohingya refugees from Burma, ethnic Indians, and the children of Filipino and Indonesian illegal migrants; Burma stripped the Rohingya of their nationality in 1982; Filipino and Indonesian children who have not have been registered for birth certificates by their parents or who received birth certificates stamped "foreigner" are not eligible to go to government schools; these children are vulnerable to statelessness should they not be able to apply to their parents' country of origin for a passport

current situation: Malaysia is a destination and, to a lesser extent, a source and transit country for women and children subjected to conditions of forced labor and women and children subjected to sex trafficking; Malaysia is mainly a destination country for foreign workers who migrate willingly from countries including Indonesia, Nepal, India, Thailand, China, the Philippines, Burma, Cambodia, Laos, Bangladesh, Pakistan, and Vietnam but subsequently encounter forced labor or debt bondage at the hands of their employers in the domestic, agricultural, construction, plantation, and industrial sectors; a small number of Malaysian citizens were reportedly trafficked internally and abroad to Singapore, China, and Japan for commercial sexual exploitation; refugees are also vulnerable to trafficking; some officials are reportedly complicit in facilitating trafficking

tier rating: Tier 2 Watch List - Malaysia does not fully comply with the minimum standards for the elimination of trafficking; however, it is making significant efforts to do so; the government has made no tangible improvements to its inadequate system for identifying and protecting trafficking victims, such as amending its laws to allow victims to reside in NGO shelters; trafficking victims identified by Malaysian authorities are forcibly detained in government facilities, where they are provided with limited, if any, access to legal or psychological assistance by the government or NGOs; increasing efforts are being made to investigate and prosecute trafficking offenders, notably in the area of labor trafficking, though convictions of sex trafficking offenders has decreased; many front-line officials continue to lack the ability to recognize indicators of human trafficking, hindering the investigation of cases and the identification of victims; although the confiscation of passports by employers is illegal, the government has not prosecuted any employers who confiscated migrants' passports or travel documents or confined them to the workplace (2013)