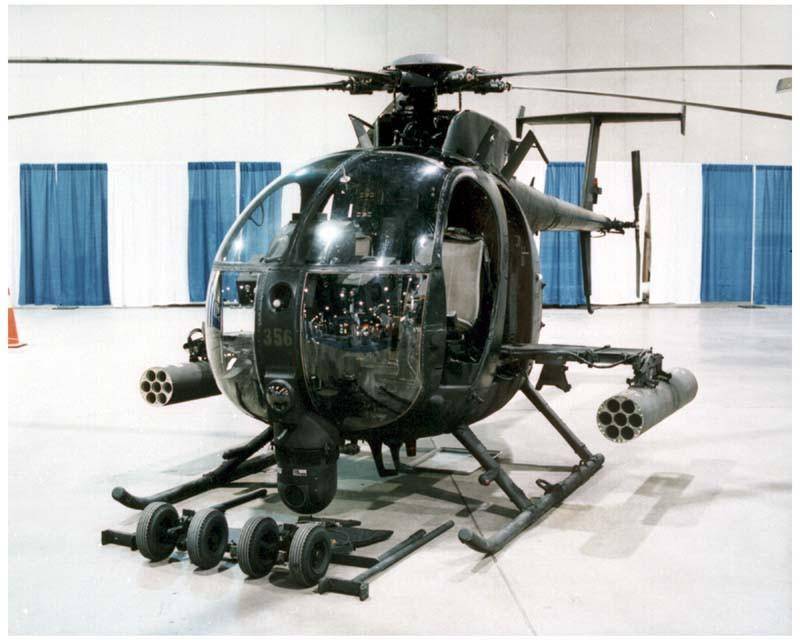 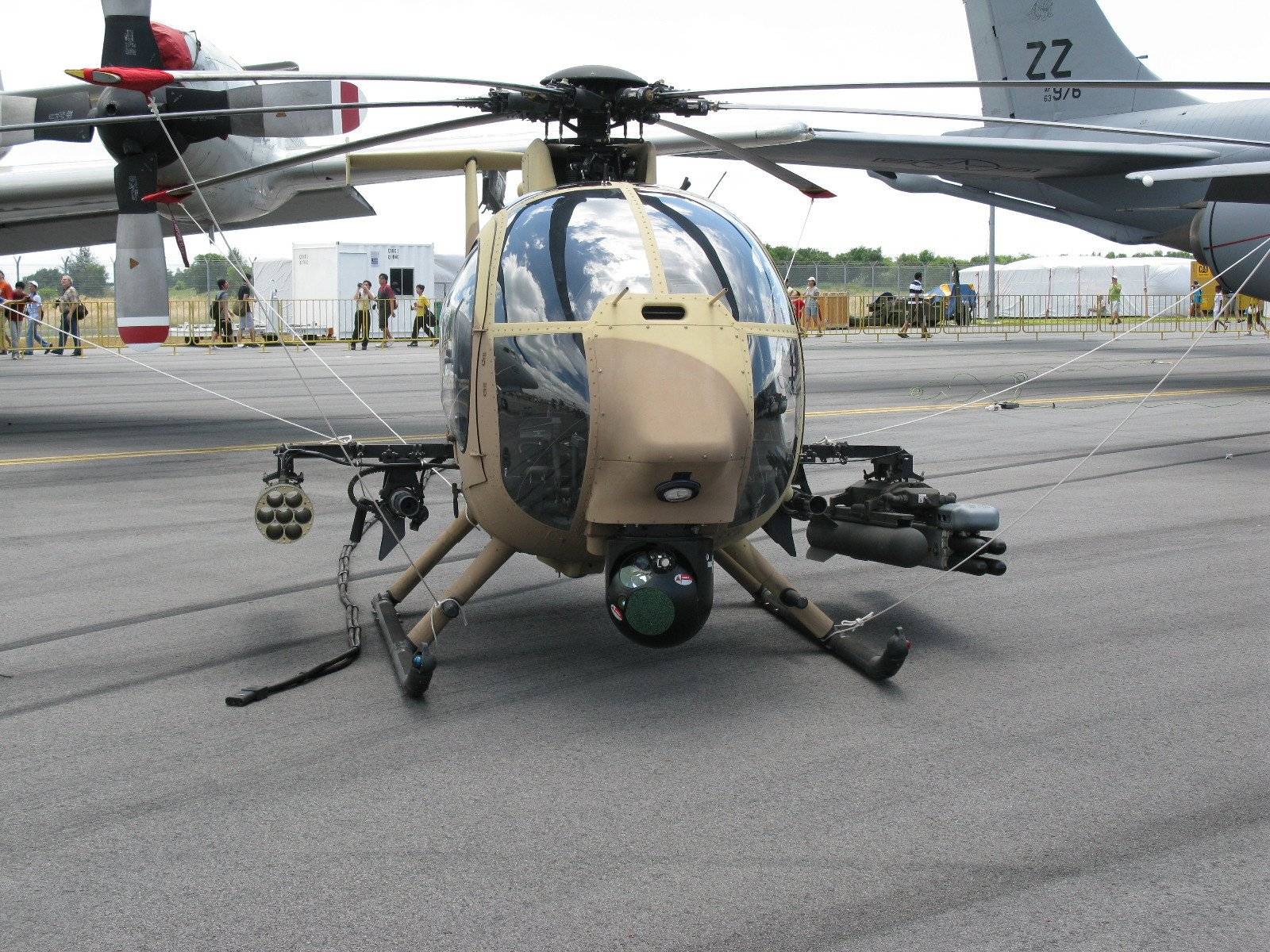 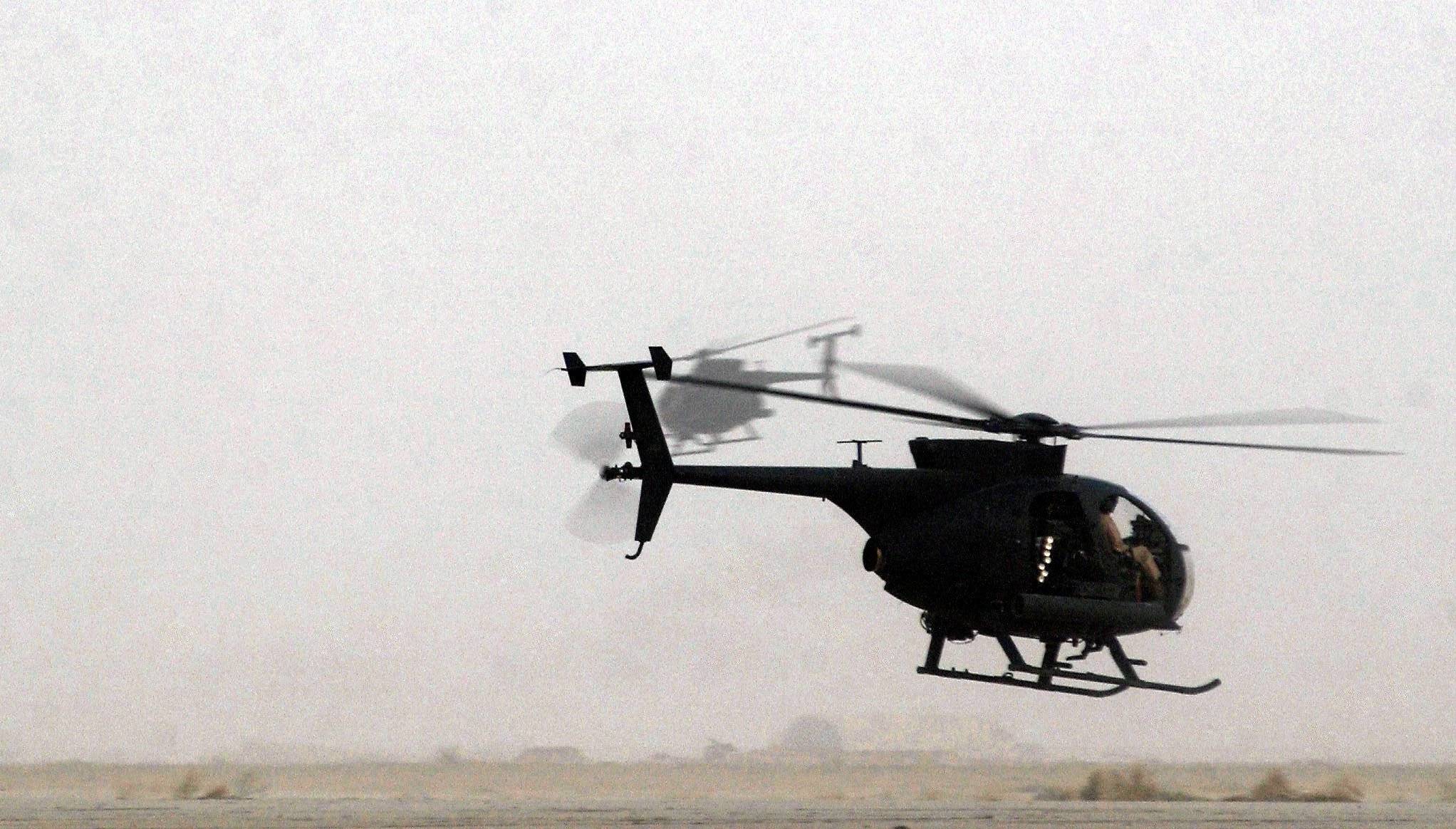 The MH-6 Little Bird (nicknamed the Killer Egg), and its attack variant AH-6, are light helicopters used for special operations in the United States Army. Originally based on a modified OH-6A, it was later based on the MD 500E, with a single five-bladed main rotor. The newest version, the MH-6M, is based on the MD 530F and has a single, six-bladed main rotor and four-bladed tail rotor.

The A/MH-6 was started in 1960, when the U.S. Army issued Technical Specification 153 for a Light Observation Helicopter (LOH) that could perform personnel transport, escort and attack missions, casualty evacuation, and observation. Twelve companies took part in the competition and Hughes Tool Company's Aircraft Division submitted the Model 369. Two designs, those submitted by Fairchild-Hiller and Bell, were selected as finalists by the Army-Navy design competition board, but the Army later included the helicopter from Hughes as well.

The first Model 369 prototype flew on 27 February 1963. Originally designated the YHO-6A under the Army's designation system, the aircraft was redesignated the YOH-6A under the Department of Defense's new joint system in 1962. Five prototypes were built, fitted with a 252 shp (188 kW) Allison T63-A-5A, and delivered to the U.S. Army at Fort Rucker, Alabama to compete against the other 10 prototype aircraft submitted by Bell and Fairchild-Hiller. In the end, Hughes won the competition and the Army awarded a contract for production in May 1965. The initial order was for 714 aircraft, but that was later increased to 1,300 with an option to buy another 114. Seventy helicopters were built in the first month.

This agile, unarmed helicopter is outfitted with outboard "benches" designed to ferry up to three commandos on each side. There is also a gunship variant, the AH-6. Painted black for nighttime operations, this small aircraft can conduct rapid insertions and extractions of special operations forces into areas its larger brother, the MH-60 Black Hawk, cannot.