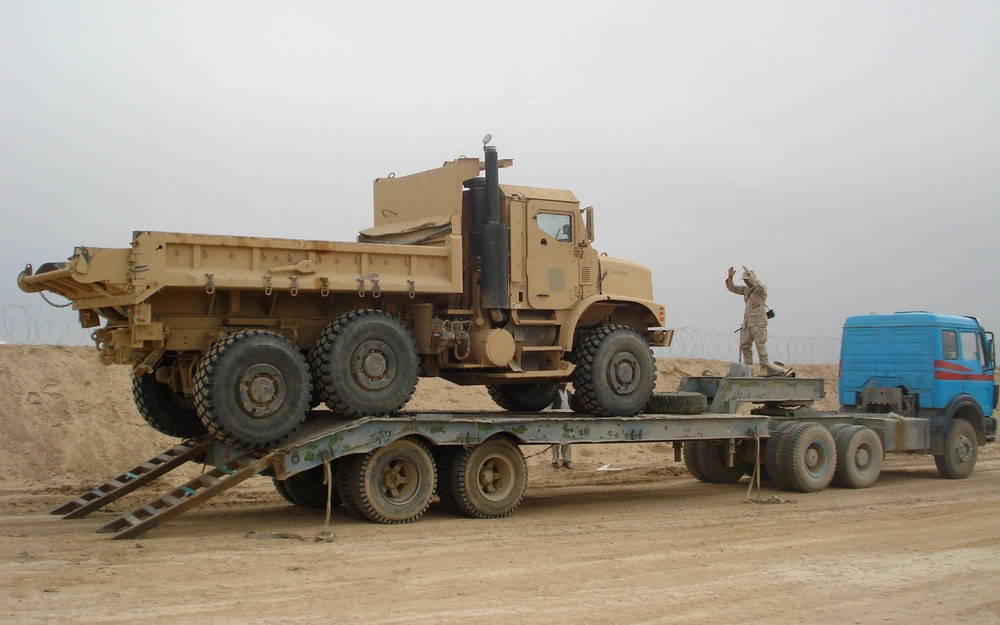 It is designed to replace the old M939 tactical trucks, and was first fielded in 1998, after the contract was awarded to Oshkosh Truck Corporation. The MTVR comes in several variants, for a wide spectrum of tasks. It offers a major improvement in off-road capability.

The MTVR is often referred to as a 7-Ton - 7 short tons (6,400 kg); denoting the vehicle's off-road cargo capacity. The MTVR's maximum payload on paved surfaces is 15 short tons (14,000 kg). The MTVR is the Marine Corps prime mover for the M777 howitzer, fuel and water assets, troops and a wide variety of equipment. Its wide versatility and offroad capability make the MTVR an integral part of the Marine Corps logistical backbone.

United States Marine Corps
Operation and 1st Echelon Maintenance of the MTVR and fall under the 3531 MOS Part of the larger 3500 series of MOS concerned with Motor Transport. Maintenance beyond the 2nd Echelon is the responsibility of Marines with the 3521 Organizational Automotive Mechanic MOS.