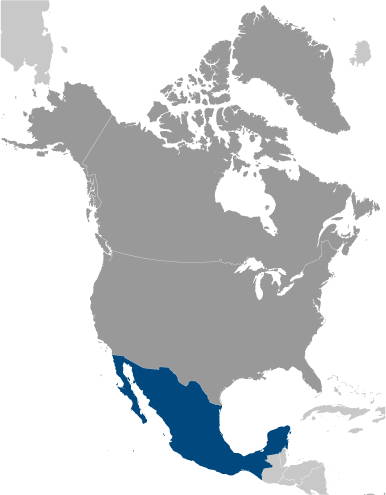 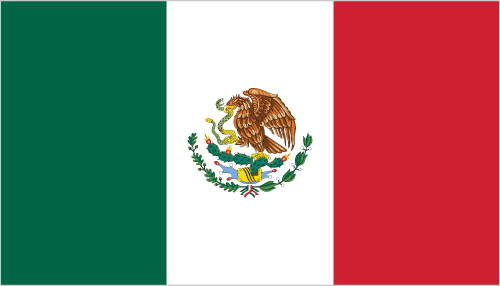 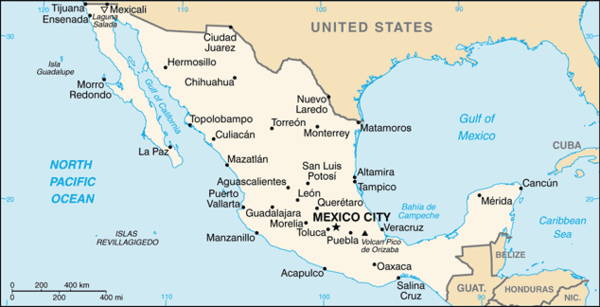 country comparison to the world: 162

abundant rainfall in recent years along much of the Mexico-US border region has ameliorated periodically strained water-sharing arrangements; the US has intensified security measures to monitor and control legal and illegal personnel, transport, and commodities across its border with Mexico; Mexico must deal with thousands of impoverished Guatemalans and other Central Americans who cross the porous border looking for work in Mexico and the United States; Belize and Mexico are working to solve minor border demarcation discrepancies arising from inaccuracies in the 1898 border treaty

IDPs: 160,000 (government's quashing of Zapatista uprising in 1994 in eastern Chiapas Region; drug cartel violence and government's military response since 2007; violence between and within indigenous groups) (2011)

major drug-producing and transit nation; world's second largest opium poppy cultivator; opium poppy cultivation in 2009 rose 31% over 2008 to 19,500 hectares yielding a potential production of 50 metric tons of pure heroin, or 125 metric tons of "black tar" heroin, the dominant form of Mexican heroin in the western United States; marijuana cultivation increased 45% to 17,500 hectares in 2009; government conducts the largest independent illicit-crop eradication program in the world; continues as the primary transshipment country for US-bound cocaine from South America, with an estimated 95% of annual cocaine movements toward the US stopping in Mexico; major drug syndicates control the majority of drug trafficking throughout the country; producer and distributor of ecstasy; significant money-laundering center; major supplier of heroin and largest foreign supplier of marijuana and methamphetamine to the US market (2007)