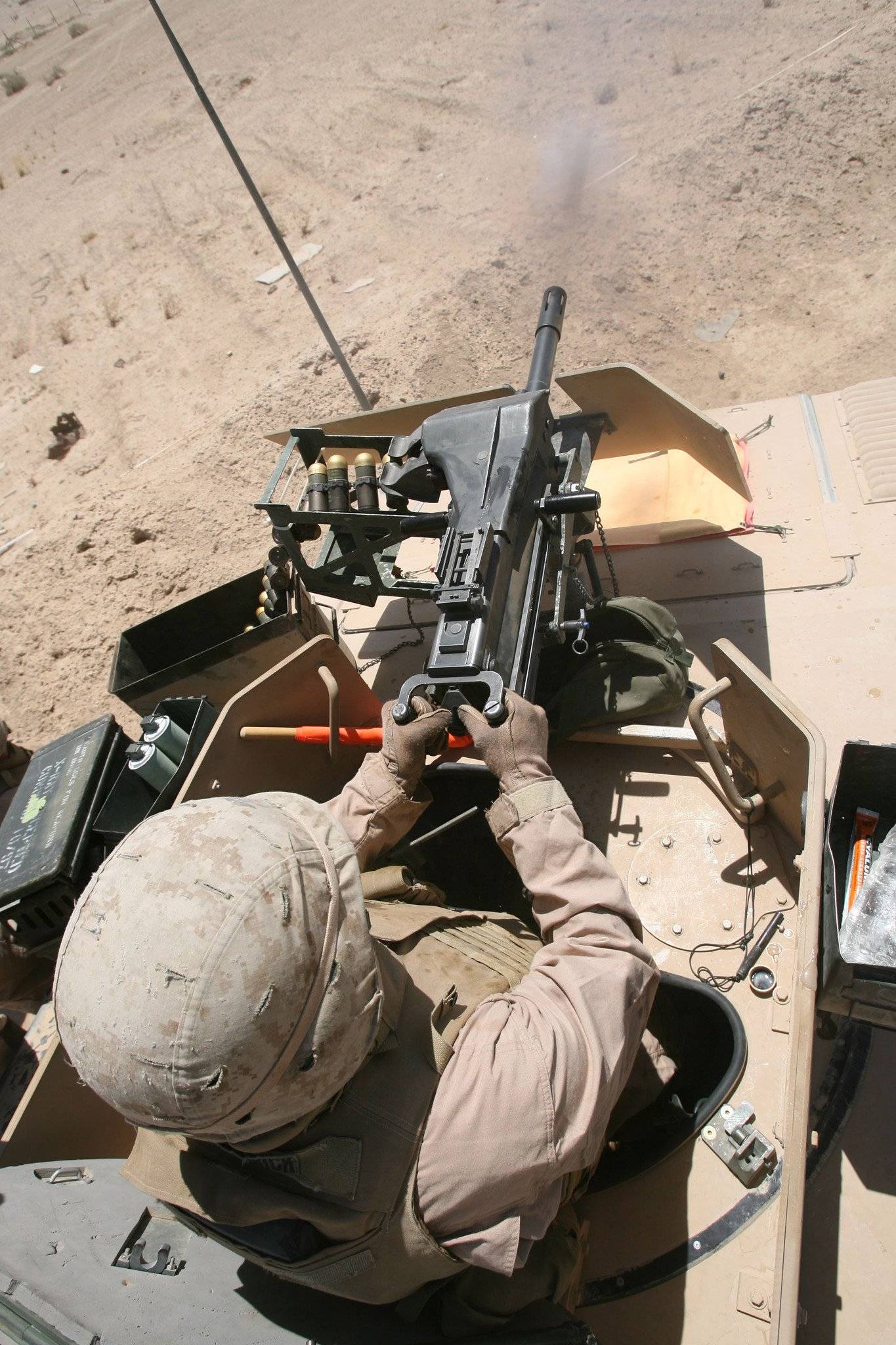 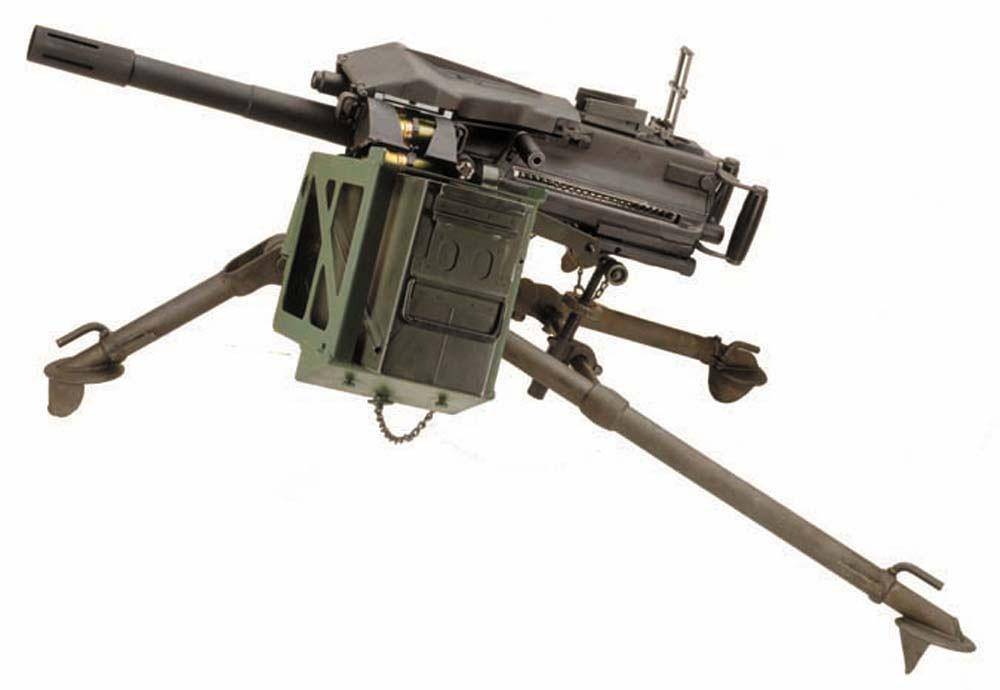 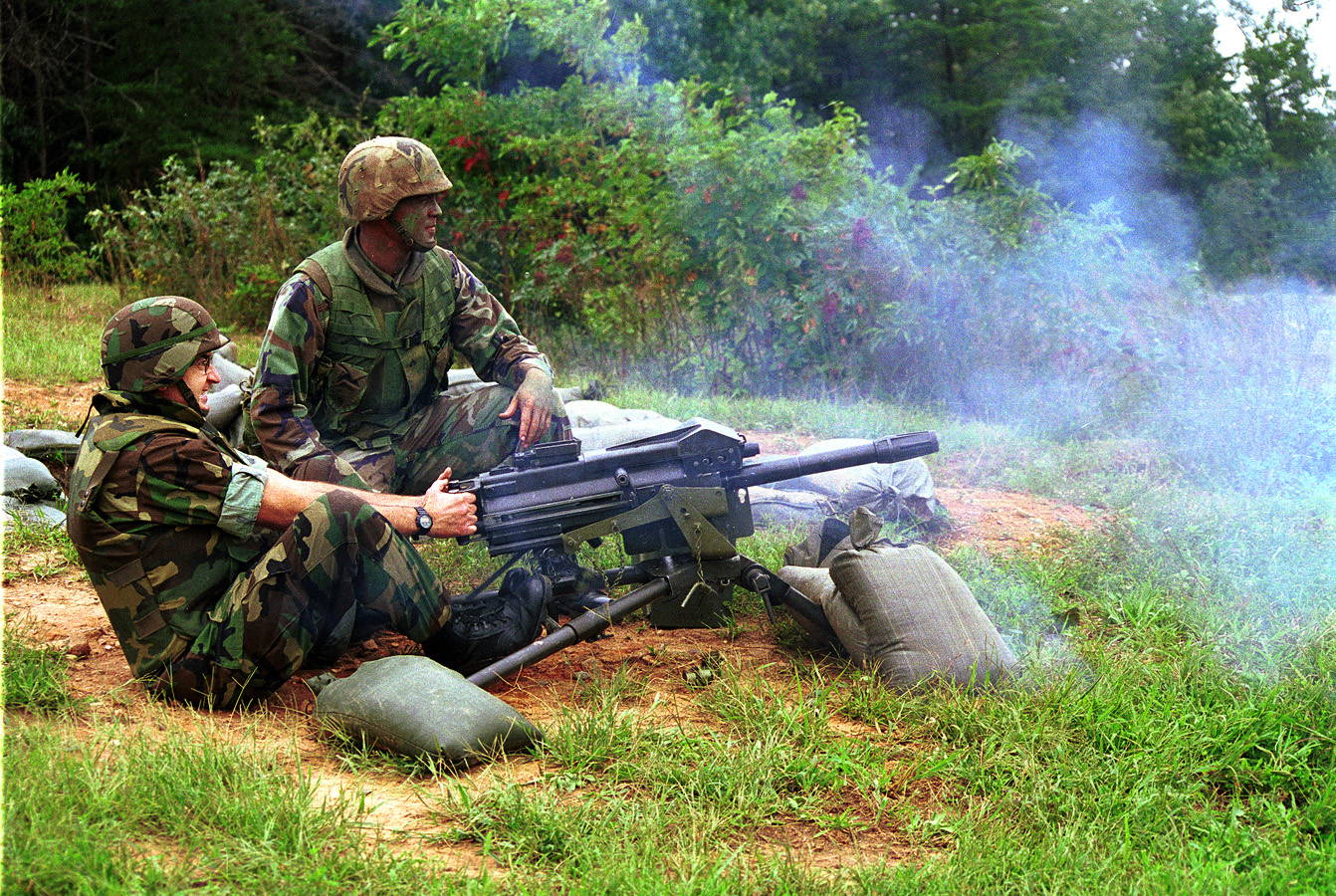 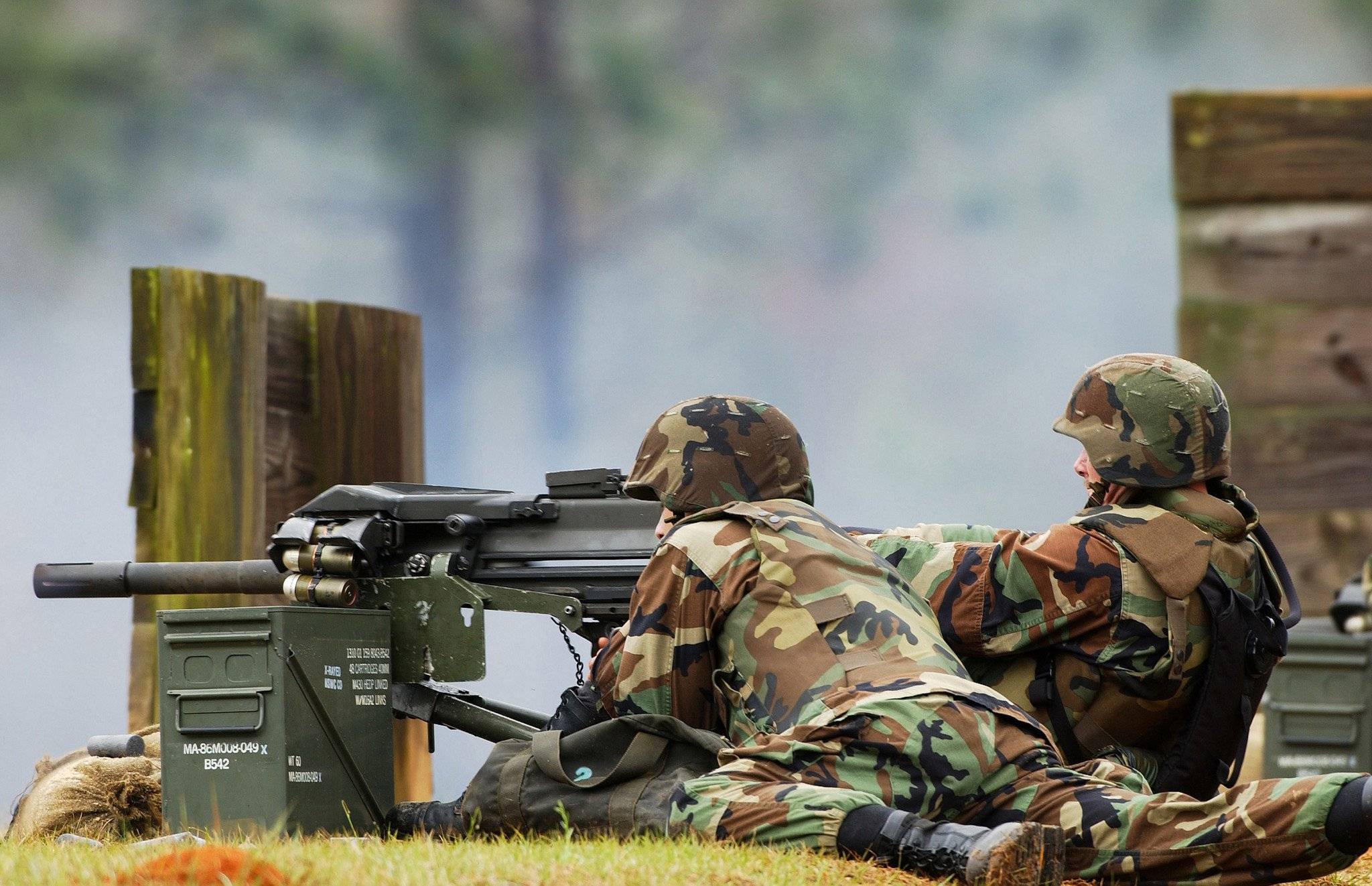 The Mk 19 Grenade Launcher is an American 40 mm belt-fed automatic grenade launcher that entered U.S. military service during the Cold War, first seeing action during the Vietnam War and remaining in service to the present day.

The Mk 19 is a belt fed, blowback operated, air cooled, crew served, fully automatic weapon that is designed not to cook off. It fires 40mm grenades at a cyclic rate of 325 to 375 rounds per minute, giving a practical rate of fire of 60 rounds per minute (rapid) and 40 rounds per minute (sustained). The weapon operates on the blowback principle, which uses the chamber pressure from each fired round to load and re-cock the weapon. The Mk 19 is able to launch its grenade at a maximum distance of 2,212 meters, though its effective range for a point target is about 1,500 meters, since the large rear leaf sight is only graduated to 1,500 meters. The nearest safe distance to launch the grenade is 310 meters in training and 75 meters in combat. Though the Mk 19 has a flash suppressor, it serves only to save the eyesight of its operator; it does not conceal the weapon's position. For night operation, an AN/TVS-5 night vision sight can be fitted.

The Mk 19A man-portable crew-served weapon that can fire from a tripod mounted position or from a vehicle mount, with the latter being the preferred method as the weapon alone weighs 72.5 pounds (32.9 kg). The primary ammunition for is the high explosive dual-purpose M430 grenade. On impact, the grenade can kill anyone within the radius of five meters, and wound them within the radius of 15 meters. It can also punch through 2 inches (5.1 cm) of rolled homogeneous armor with a direct hit (0 Degree Obliquity), which means it can penetrate most infantry fighting vehicles and armored personnel carriers. It is especially effective when used against enemy infantry formations. The ammunition comes in cans that hold a 32 or 48 grenades belt weighing 42 pounds (19 kg) and 60 pounds (27 kg), respectively. Due to its low recoil and comparatively light weight, it has been adapted for use on many different platforms, including small attack boats, fast attack vehicles such as the Humvee (HMMWV), AAV and Stryker, military jeeps and a large variety of naval mounts.

The Mk 19 automatic grenade launcher replaced the earlier Mk 18 hand-cranked multiple grenade launcher. The 40 mm ammunition used (40x53mm) is not interchangeable with that used in the M203 (40x46mm). The M203 ammunition develops a lower chamber pressure, and resultant lower muzzle velocity and range, compared to ammunition loaded for the Mk-19. The Mk 19 fires from an open bolt. The rounds are mechanically fed onto the bolt face with the pull of the charging handles. When the trigger is pressed, the bolt closes, and the firing pin is released. The recoil blows back the bolt, feeds a new round onto the bolt face, which pushes the expended casing off the bolt face.