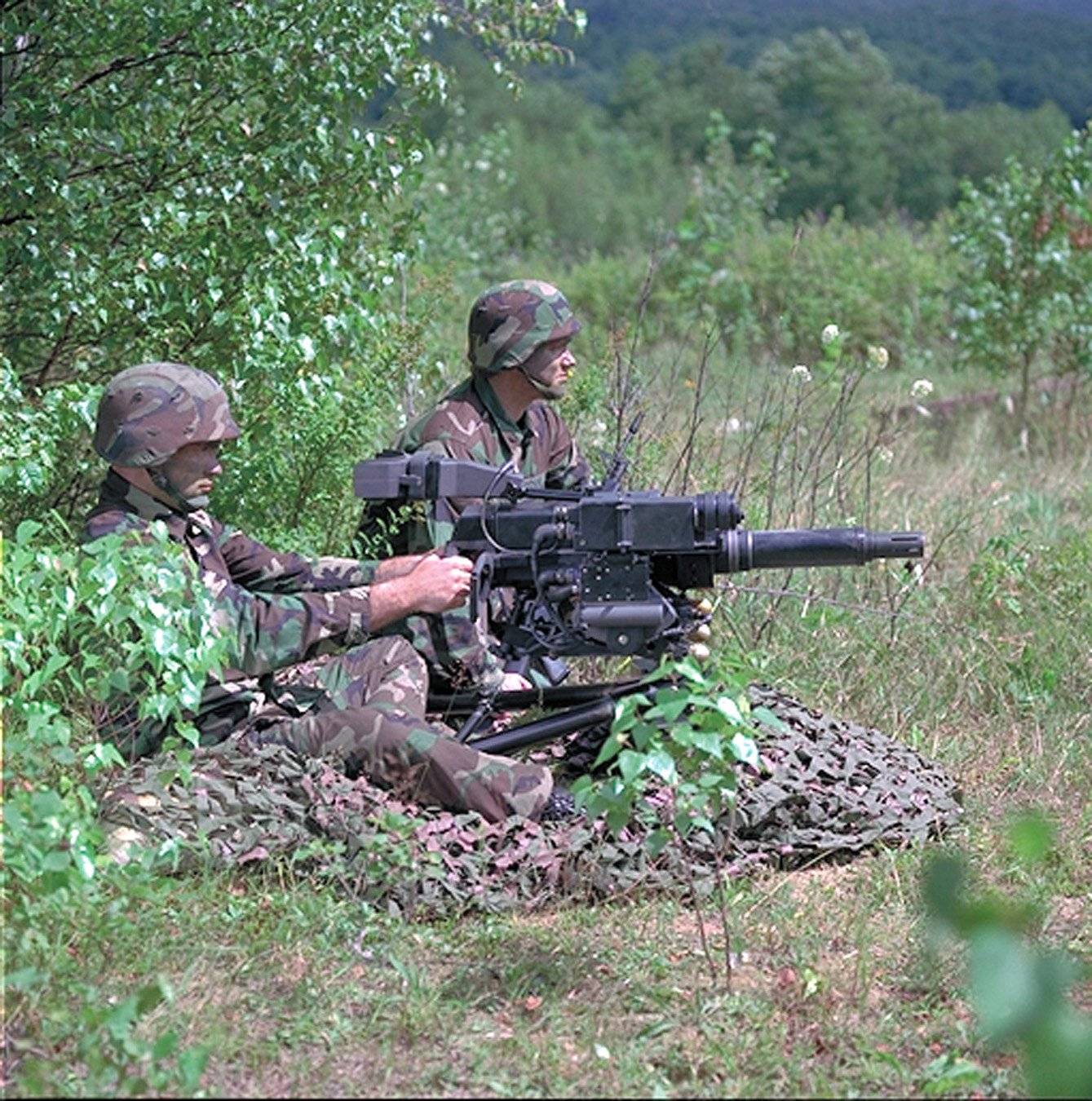 The Mk 47 Mod 0 or Striker 40 is a 40 mm automatic grenade launcher with an integrated fire control system, capable of launching smart programmable 40 mm shells in addition to various unguided rounds.

In addition to being able to fire traditional grenades like the Mk 19 grenade launcher, it can fire smart grenades that can be programmed to air burst after a set distance. A computerized sight allows the user to set this distance.