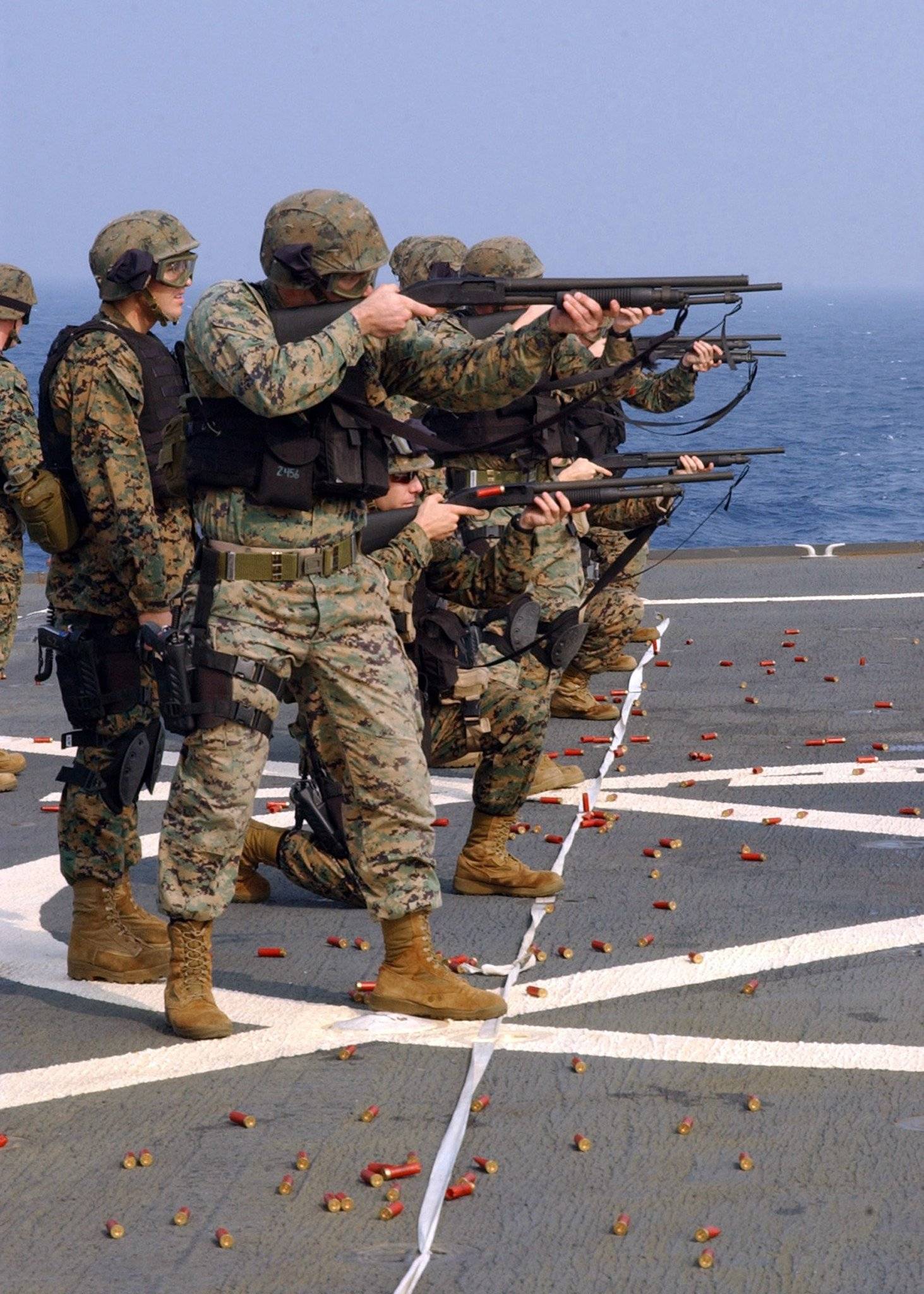 Mossberg 500 is a series of pump-action shotguns manufactured by O.F. Mossberg & Sons. The 500 series comprises widely varying models of hammerless repeaters, all of which share the same basic receiver and action, but differ in bore size, barrel length, choke options, magazine capacity, and "furniture" (stock and forearm) materials. Model numbers included in the 500 series are the 500, 505, 510, 535, and 590.

Introduced in 1961, all model 500s are based on the same basic design. Originally using a single action bar this was changed to dual action bars in 1970, which are (at least in theory) less likely to bind than a single action bar design. A single large locking lug is used to secure the breech. The magazine tube is located below the barrel, and is screwed into the receiver. The slide release is located to the left rear of the trigger guard, and the safety is located on the upper rear of the receiver (often called a "tang safety").

Sights vary from model to model, from simple bead sight to a receiver mounted ghost ring or an integrated base for a telescopic sight. Most models come with the receiver drilled and tapped for the installation of a rear sight or a scope base. The factory scope base is attached to the barrel via a cantilever-type mount, which places the scope over the receiver but keeps it with the barrel if the barrel is removed.

Intended for use in harsh and dirty conditions, such as waterfowl hunting or combat, the Model 500 series is designed to be easy to clean and maintain. All Model 500s feature interchangeable barrels (given a particular gun's magazine capacity—a barrel designed for a five-shot tube will not fit a gun with a seven-shot tube), which may be removed without the use of tools, by loosening a screw on the end of the magazine tube, allowing the barrel to be removed.