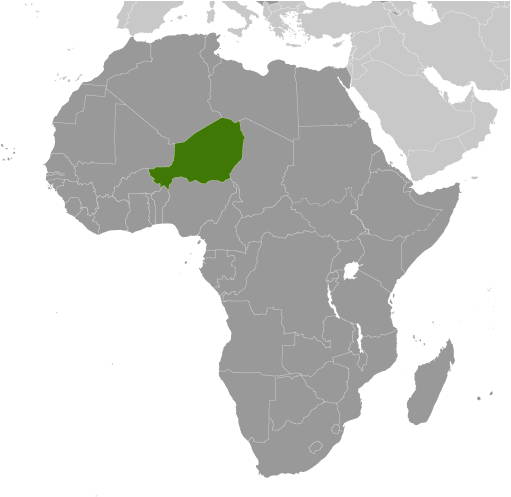 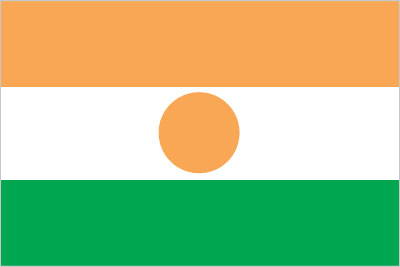 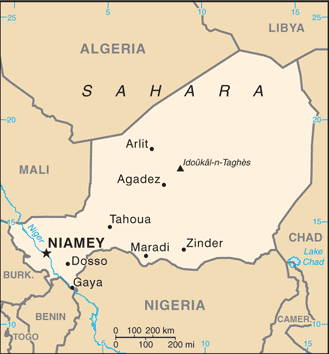 18 is the presumed legal minimum age for compulsory or voluntary military service; enlistees must be Nigerien citizens and unmarried; 2-year service term; women may serve in health care (2012)

country comparison to the world: 132

Libya claims about 25,000 sq km in a currently dormant dispute in the Tommo region; location of Benin-Niger-Nigeria tripoint is unresolved; only Nigeria and Cameroon have heeded the Lake Chad Commission's admonition to ratify the delimitation treaty that also includes the Chad-Niger and Niger-Nigeria boundaries; the dispute with Burkina Faso was referred to the ICJ in 2010

IDPs: undetermined (unknown how many of the 11,000 people displaced by clashes between government forces and the Tuareg militant group, Niger Movement for Justice, in 2007 are still displaced; inter-communal violence) (2012)