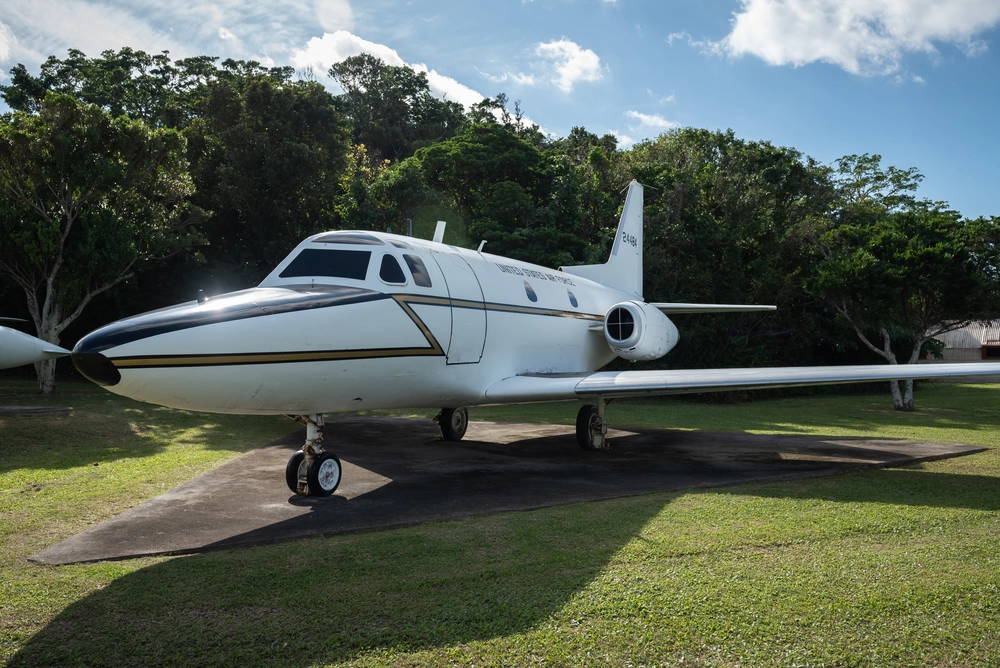 The North American Sabreliner (later sold as the Rockwell Sabreliner) is a mid-sized business jet developed by North American Aviation. It was offered to the U.S. Air Force in response to their Utility Trainer Experimental (UTX) program. It was named "Sabreliner" due to the similarity of the wing and tail to North American's F-86 Sabre jet fighter." Military variants, designated T-39 Sabreliner, were used by the U.S Air Force, U.S. Navy and U.S. Marine Corps after the Air Force placed an initial order in 1959. The Sabreliner was also developed into a commercial variant.