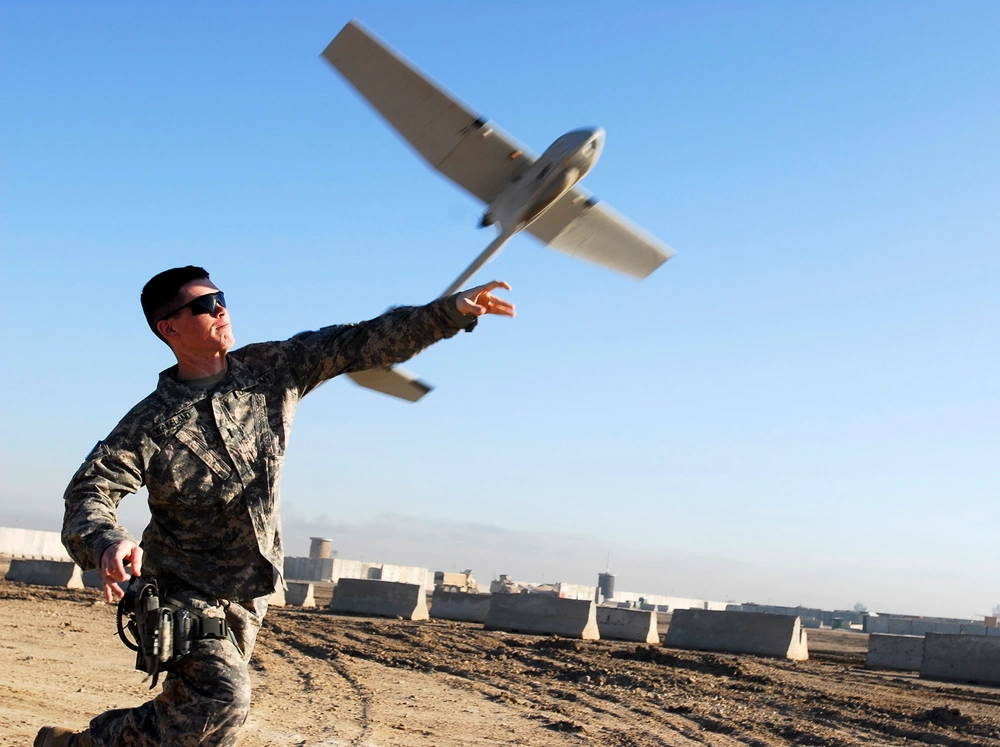 The Raven RQ-11B UAV system is manufactured by AeroVironment. It was the winner of the US Army's SUAV program in 2005, and went into Full-Rate Production (FRP) in 2006. Shortly afterwards, it was also adopted by the US Marines, and the US Air Force for their ongoing FPASS Program. It has also been adopted by the military forces of many other countries (see below). More than 19,000 Raven airframes have been delivered to customers worldwide to date. A new Digital Data Link-enabled version of Raven now in production for US Forces and allies has improved endurance, among many other improvements.

The Raven can be either remotely controlled from the ground station or fly completely autonomous missions using GPS waypoint navigation. The UAV can be ordered to immediately return to its launch point simply by pressing a single command button. Standard mission payloads include CCD color video cameras and an infrared night vision camera.

The RQ-11B Raven UAV is launched by hand, thrown into the air like a free flight model airplane. The Raven lands itself by auto-piloting to a pre-defined landing point and then performing a 45° slope (1 foot down for every 1 foot forward) controlled "Autoland" descent. The UAV can provide day or night aerial intelligence, surveillance, target acquisition, and reconnaissance.