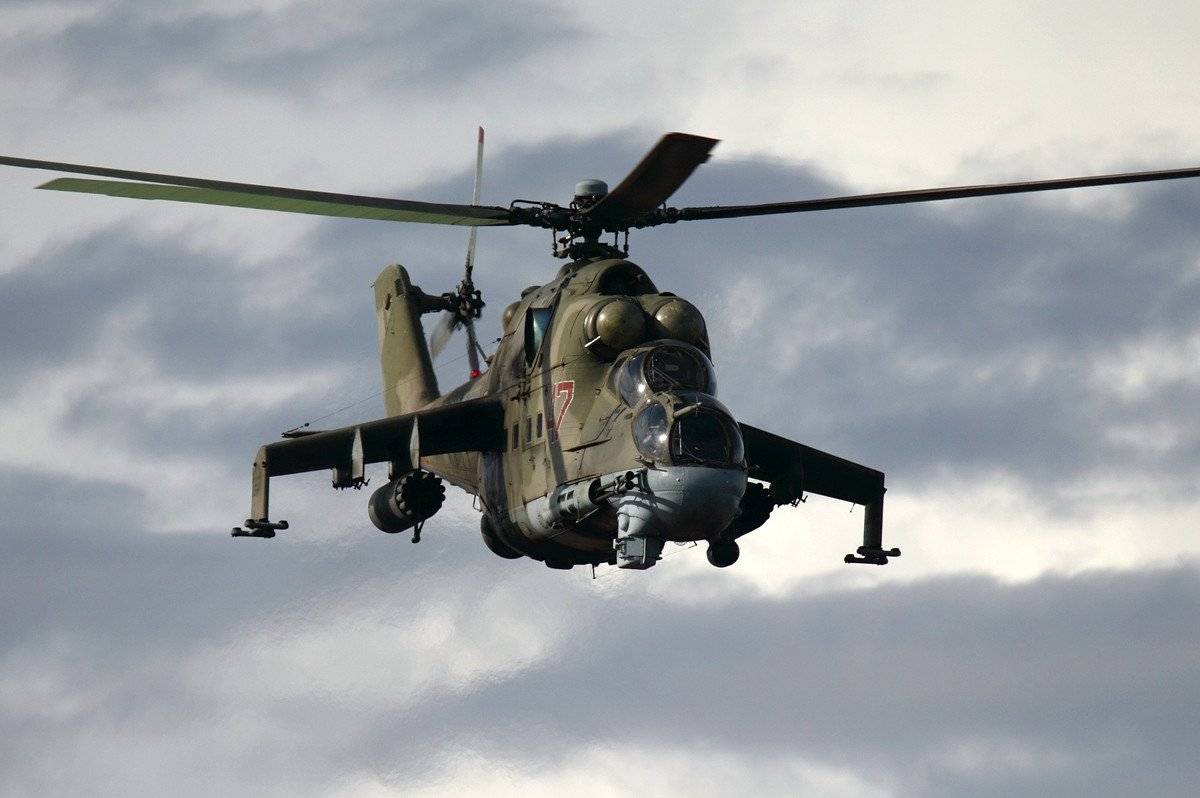 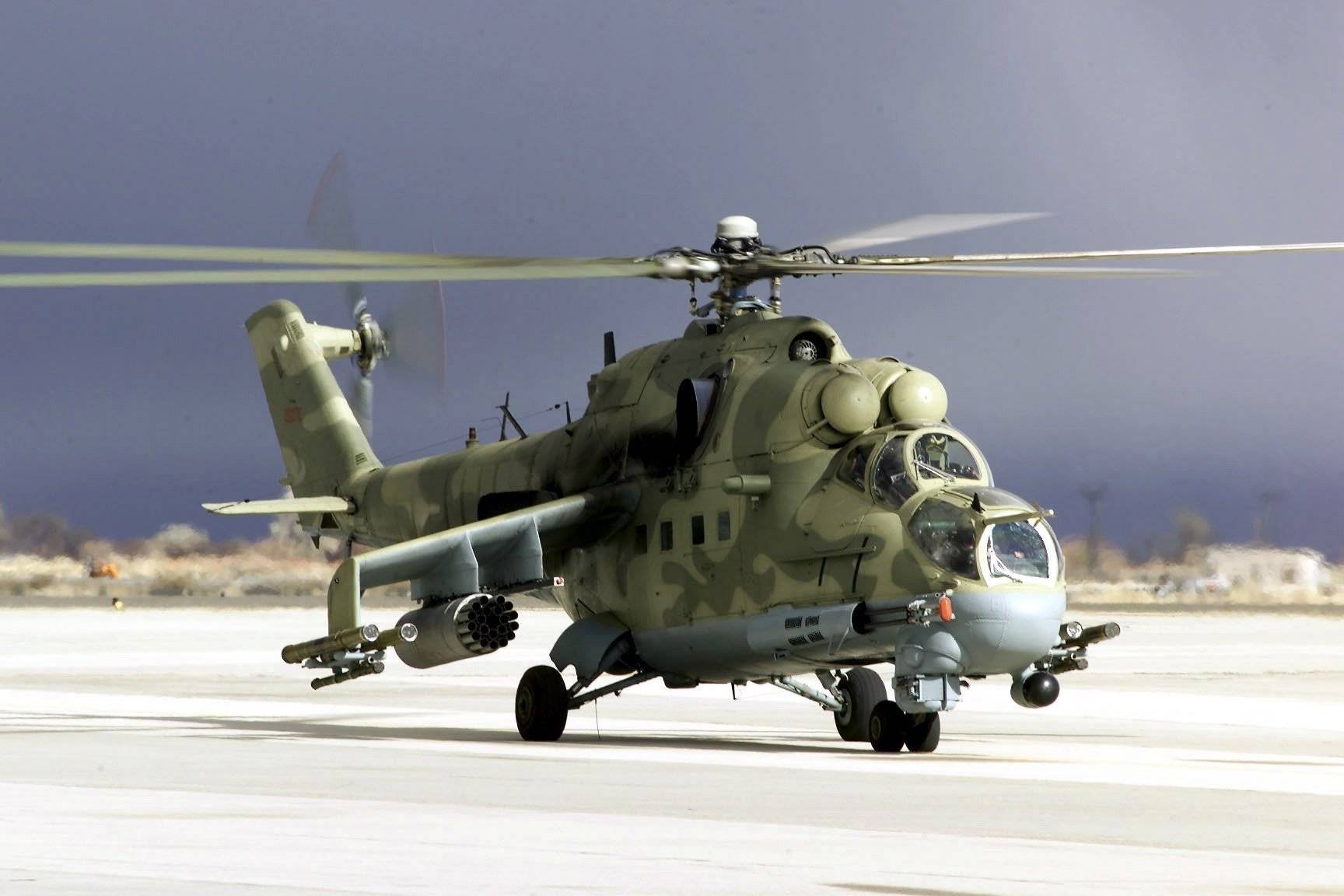 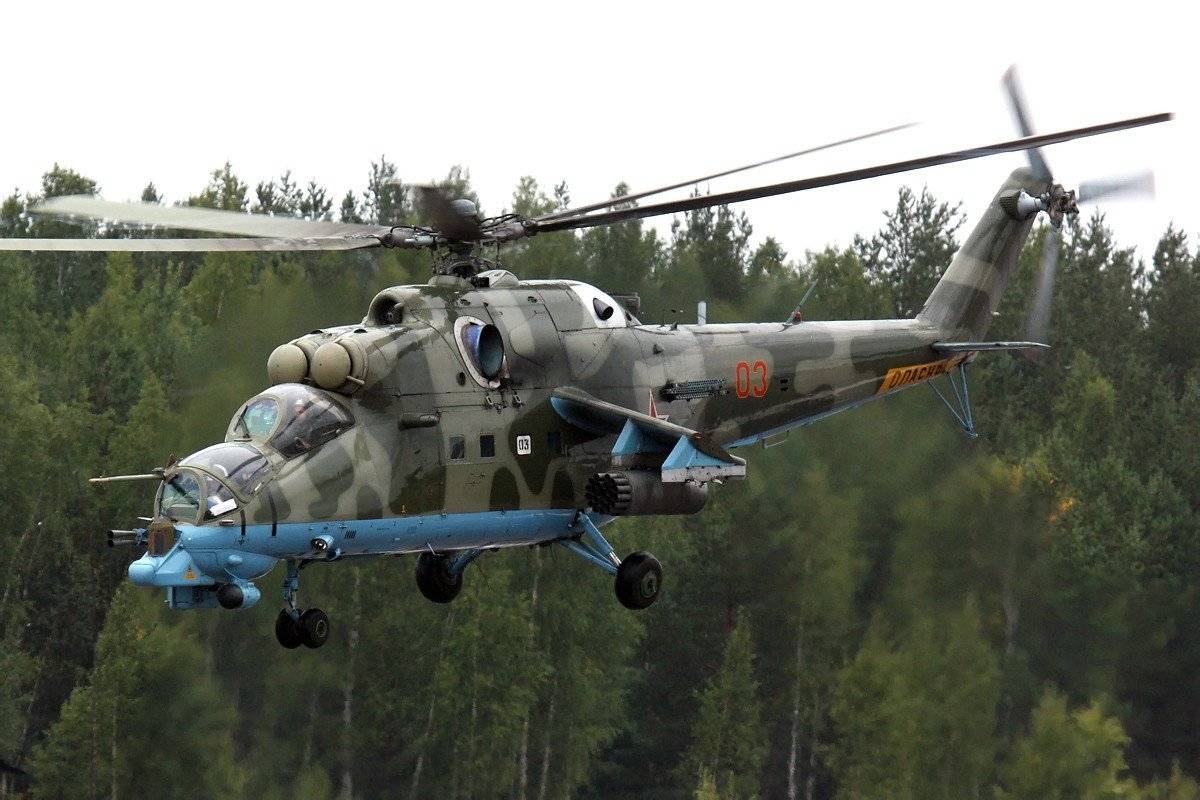 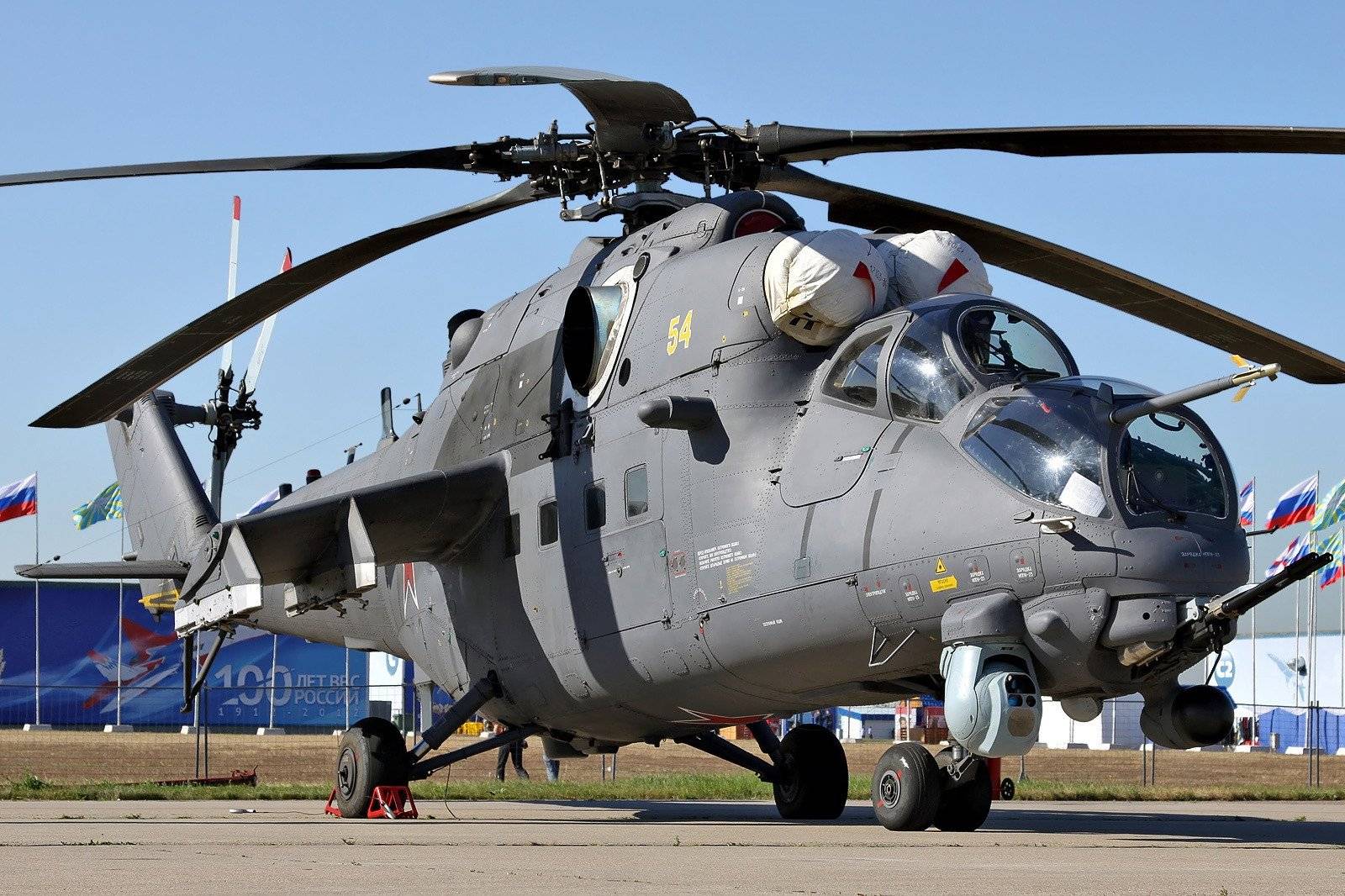 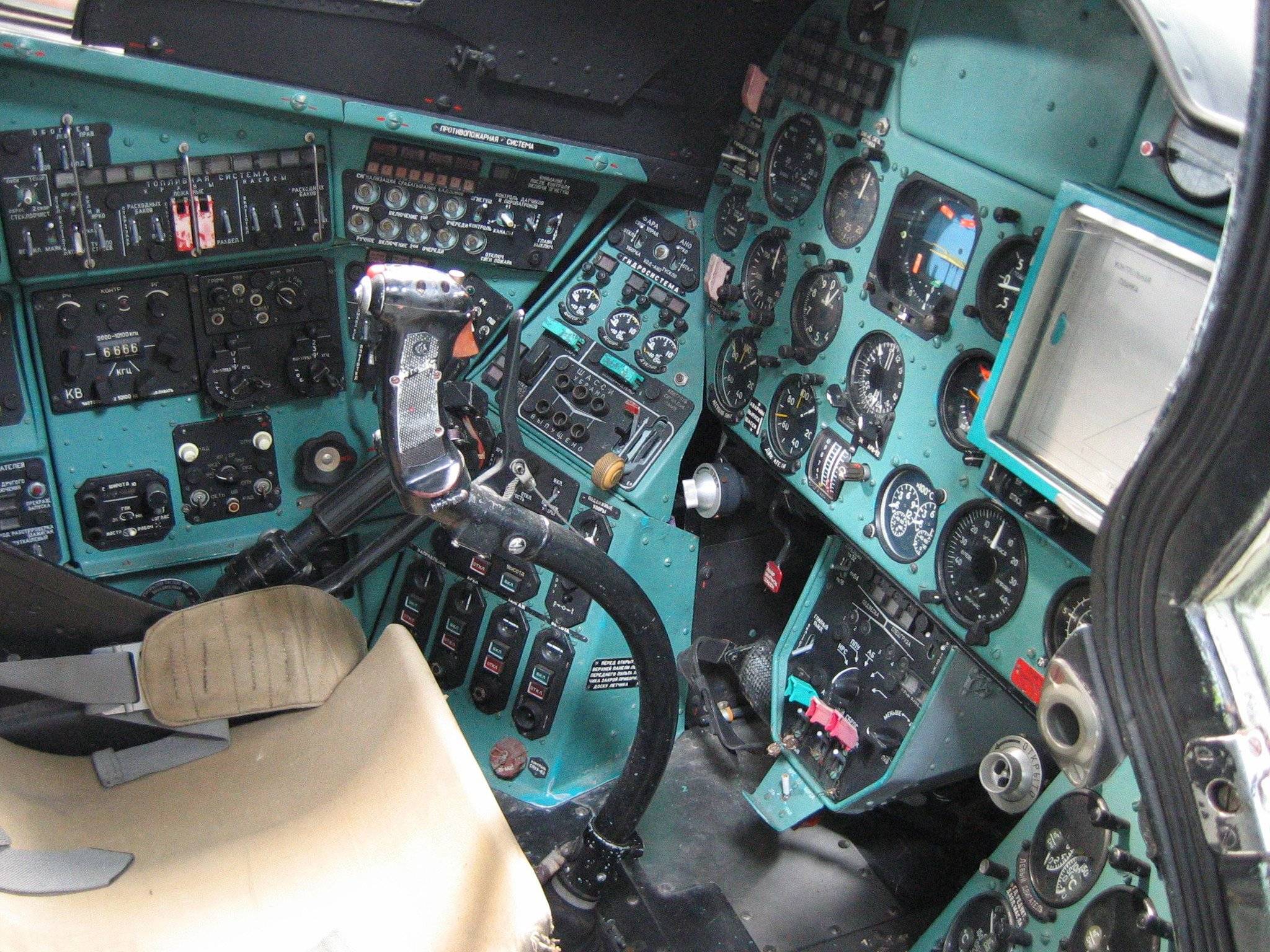 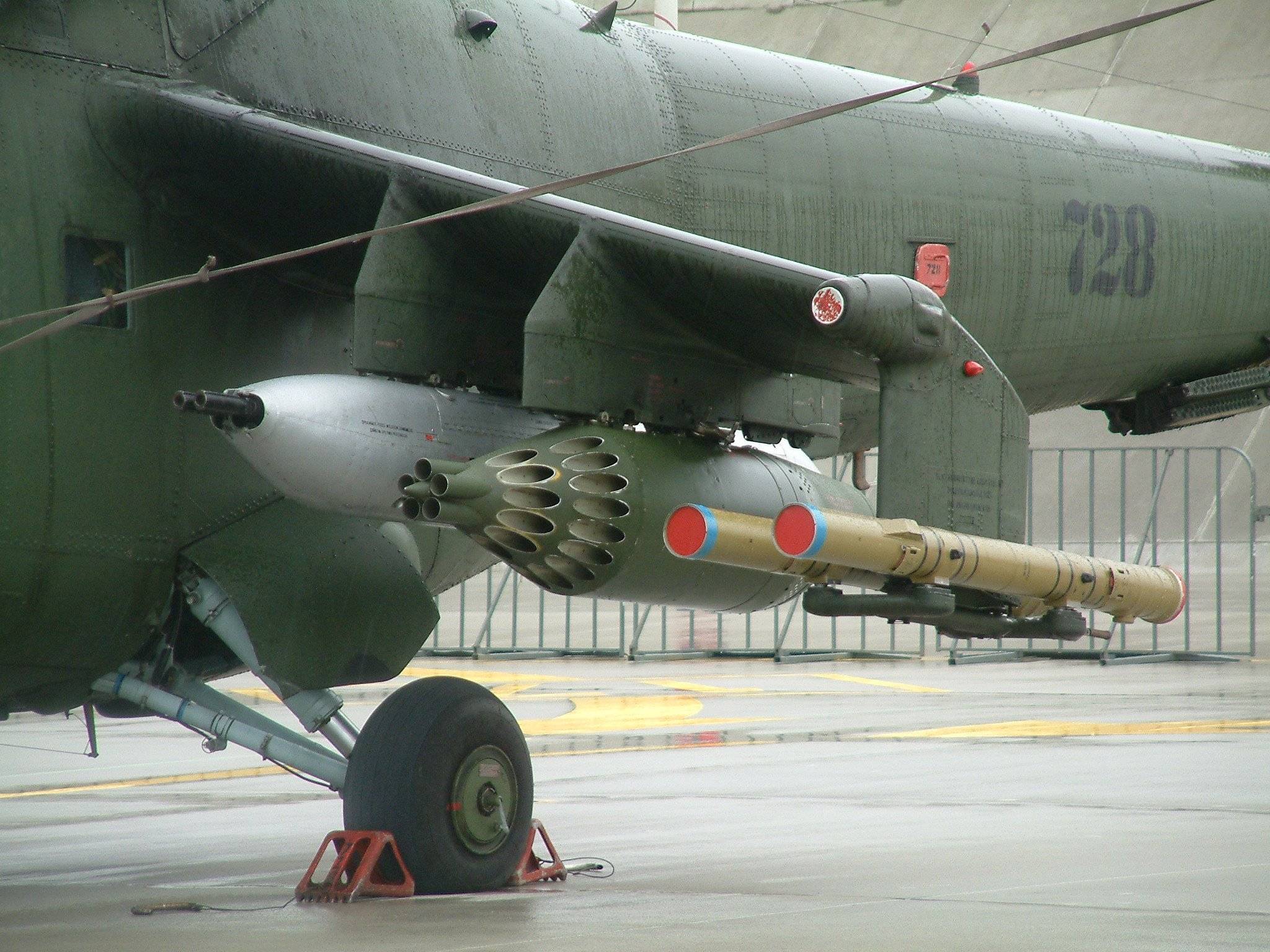 Used by US Army in "Aggressor" Training

The Mil Mi-24 (Миль Ми-24, NATO reporting name: Hind) is a large helicopter gunship and attack helicopter and low-capacity troop transport with room for eight passengers. It is produced by Mil Moscow Helicopter Plant and operated since 1972 by the Soviet Air Force, its successors, and more than 30 other nations.

In NATO circles, the export versions, Mi-25 and Mi-35, are denoted with a letter suffix as "Hind D" and "Hind E" respectively. Soviet pilots called the Mi-24 the "flying tank", or летающий танк (letayushchiy tank). More common unofficial nicknames were "Crocodile" (Крокодил or Krokodil) due to the helicopter's camouflage scheme and "Drinking Glass" (Стакан or Stakan) because of the flat glass plates which surround the cockpit of the Mi-24.

The body is heavily armored and can resist impacts from .50 caliber (12.7 mm) rounds from all angles, including the titanium rotor blades. The cockpit is protected by ballistic-resistant windscreens and a titanium-armored tub. The cockpit and crew compartment are over-pressurized to protect the crew in NBC conditions. Considerable attention was given to making the Mi-24 fast. The airframe was streamlined, and fitted with retractable tricycle undercarriage landing gear to reduce drag. The wings provide considerable lift at high speed, up to a quarter of total lift. The main rotor was tilted 2.5° to the right from the fuselage to compensate for translating tendency at a hover. The landing gear was also tilted to the left so the rotor would still be level when the aircraft was on the ground, making the rest of the airframe tilt to the left. The tail was also asymmetrical to give a side force at speed, thus unloading the tail rotor.

A modified Mi-24B, named A-10, was used in several speed and time-to-climb world record attempts. The helicopter had been modified to reduce weight as much as possible, and among the measures used was to remove the stub wings. The speed record over a closed 1000 km course set on 13 August 1975 of 332.65 km/h still stands, as do many of the female specific records set by the all female crew of Galina Rastorgoueva and Ludmila Polyanskaia. On 21 September 1978 the A-10 set the absolute speed record for helicopters with 368.4 km/h over a 15/25 km course. The record stood until 1986 when it was broken by the current record holder, a modified Westland Lynx.

As a combination of armored gunship and troop transport, the Mi-24 has no direct NATO counterpart. While the UH-1 ("Huey") helicopters were used in the Vietnam War either to ferry troops, or as gunships, they were not able to do both at the same time. Converting a UH-1 into a gunship meant stripping the entire passenger area to accommodate extra fuel and ammunition, and removing its troop transport capability, while it has no armour. The Mi-24 was designed to do both, and this was greatly exploited by airborne units of the Soviet Army during the 1980–89 Soviet war in Afghanistan. The closest Western equivalent was the Sikorsky S-67 Blackhawk, which used many of the same design principles and was also built as a high-speed, high-agility attack helicopter with limited troop transport capability. It was also designed using many components from the existing Sikorsky S-61. The S-67, however, was never adopted for service. Another relatively close western equivalent, yet not armored, is the MH-60 Direct Action Penetrator, a special purpose variant of the Sikorsky UH-60 Black Hawk, which is capable of mounting a variety of weapons on its stub wings, including AGM-114 Hellfire missiles and Hydra 70 rockets.