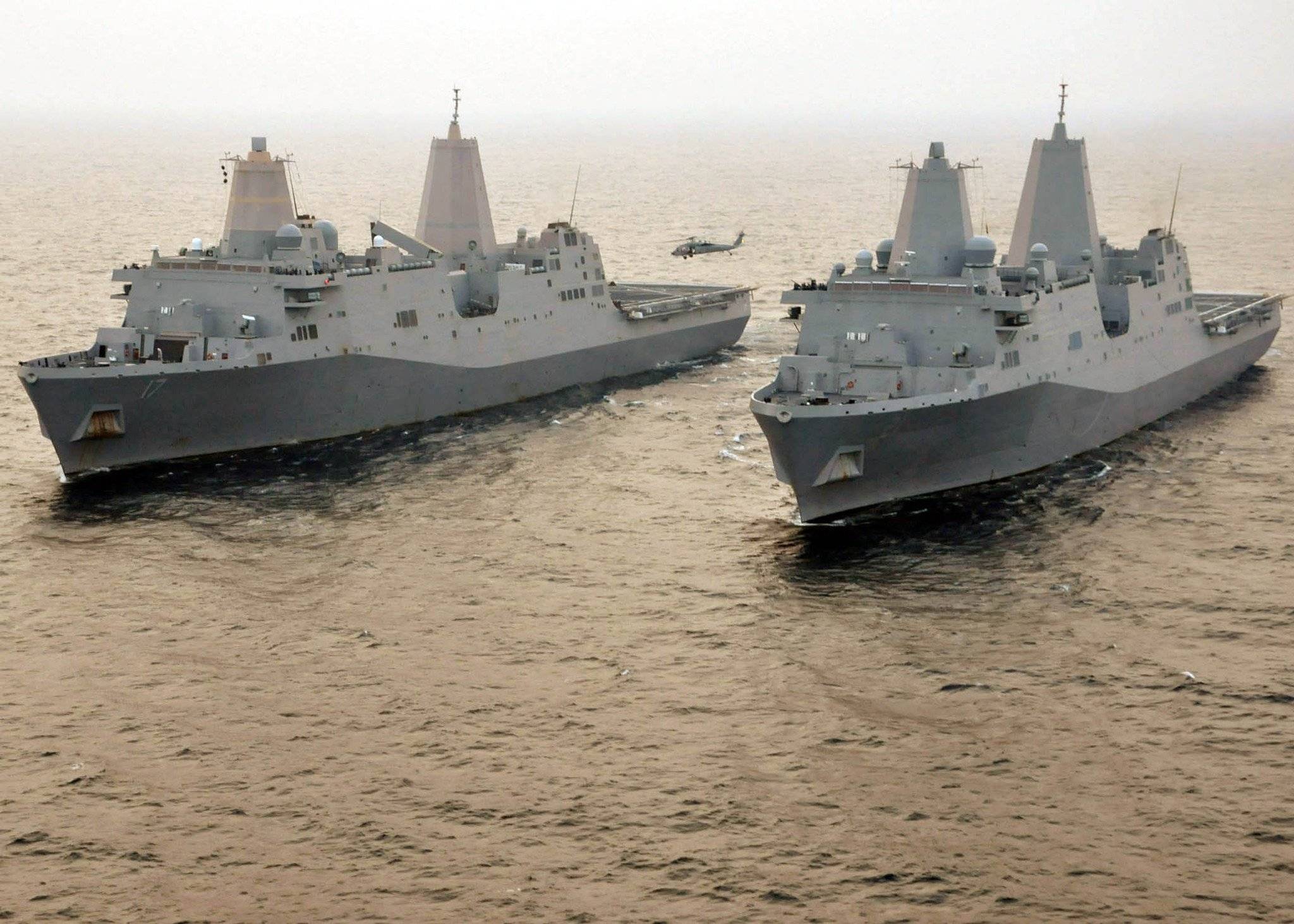 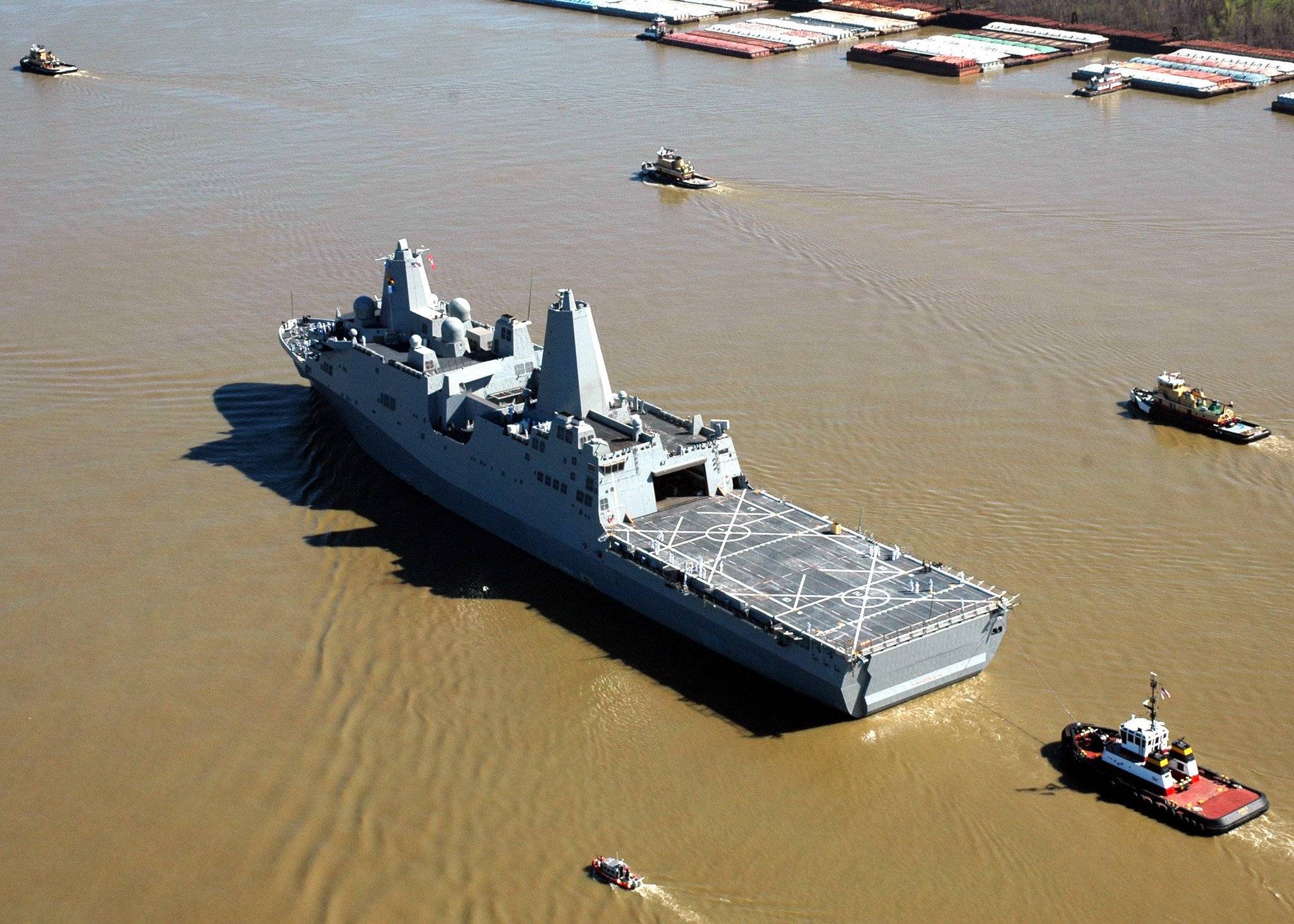 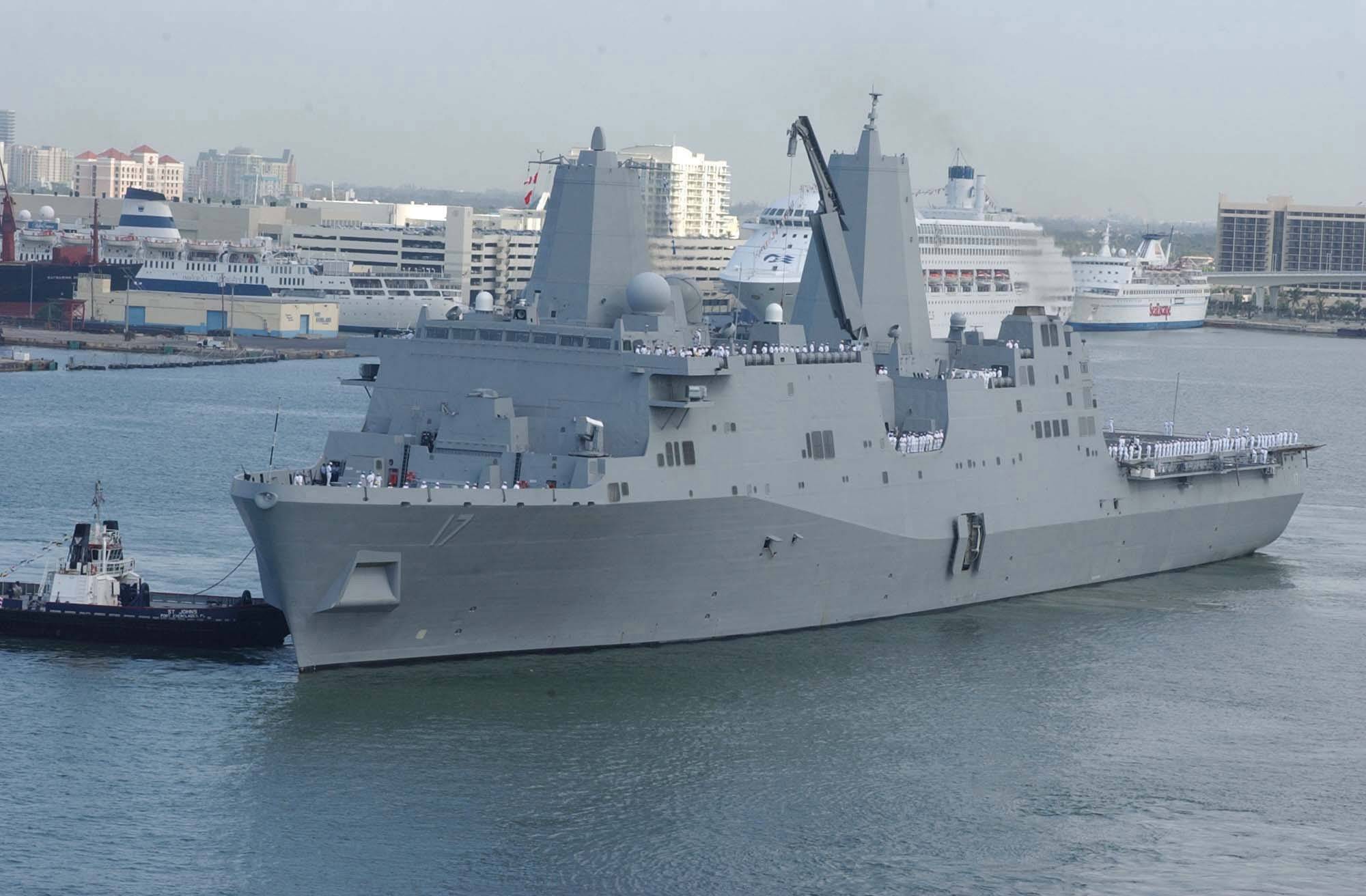 The San Antonio class is the U.S. Navy's new primary class of amphibious transport dock (LPD) warships for the first third of the 21st century. These warships are to replace the older Austin class, Cleveland class, and Trenton class LPDs, as well as the Anchorage class dock landing ships, the Newport class tank landing ships, and one class of ships that has already been retired, the Charleston class amphibious cargo ships.

Twelve ships of the San Antonio class were proposed to be built, but only eleven of these have been funded, with one cancelled as a result of budget cuts and cost overruns. Their average cost is $1.6 billion, as compared to their original target price of $890 million. As of May 2013 seven warships of this class are in service with the U.S. Navy.

The San Antonios are designed to be the most survivable amphibious ships ever put to sea. Their design incorporates state-of-the-art self-defense capabilities; and includes facilities for command and control, communications, computers, and intelligence (C4I). They also have a reduced radar cross-section designed in. Reduced operational costs and an improved capability to incorporate technological advances over their estimated 40-year service lives are also essential design objectives. The Advanced Enclosed Mast/Sensors, which enclose the ship's radars and communications antennas, characterize the ship's distinctive profile. The San Antonio class was largely designed with the metric system, specifying millimeters and meters for linear dimensions. This is the first major U.S. Navy ship class to be built this way. Most of their machinery remains in U.S. customary units.

The ships of the class can carry Landing Craft, Air Cushioned (LCACs), the Shipboard Wide Area Network with over 762 fiber optic drops, Total Ship's Training System, Integrated Bridge System, Engineering Control System, and Damage Control System all serve to ensure that sailors and Marines will be able to fully perform their expeditionary warfare missions. The San Antonios also incorporate the latest quality of life standards for the embarked Marines and sailors, including the sit-up berth, ship services mall, and Learning Resource Center/Electronic Classroom with the flexibility to accommodate sailors and Marines of both sexes as part of the crew and embarked troops.

Ships of the class