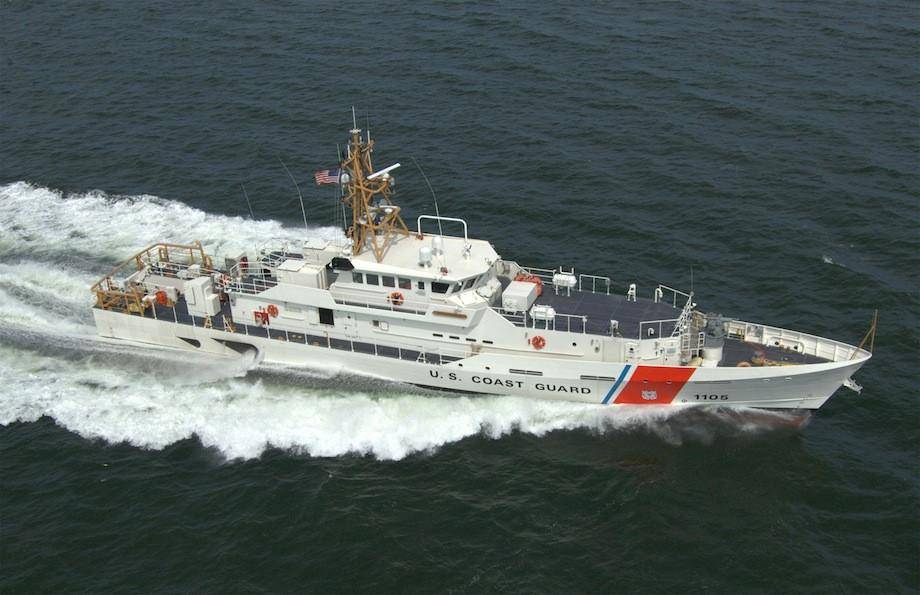 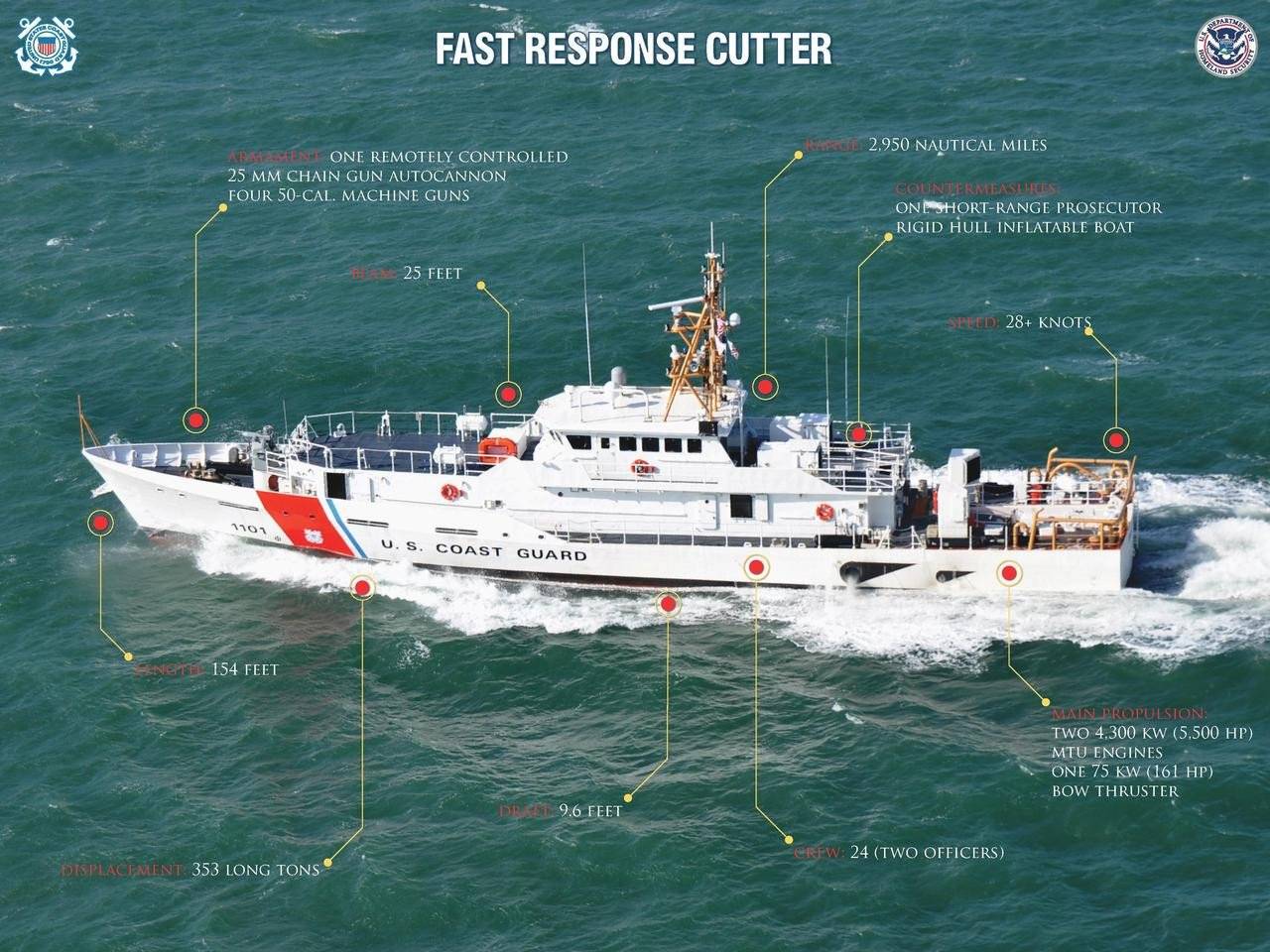 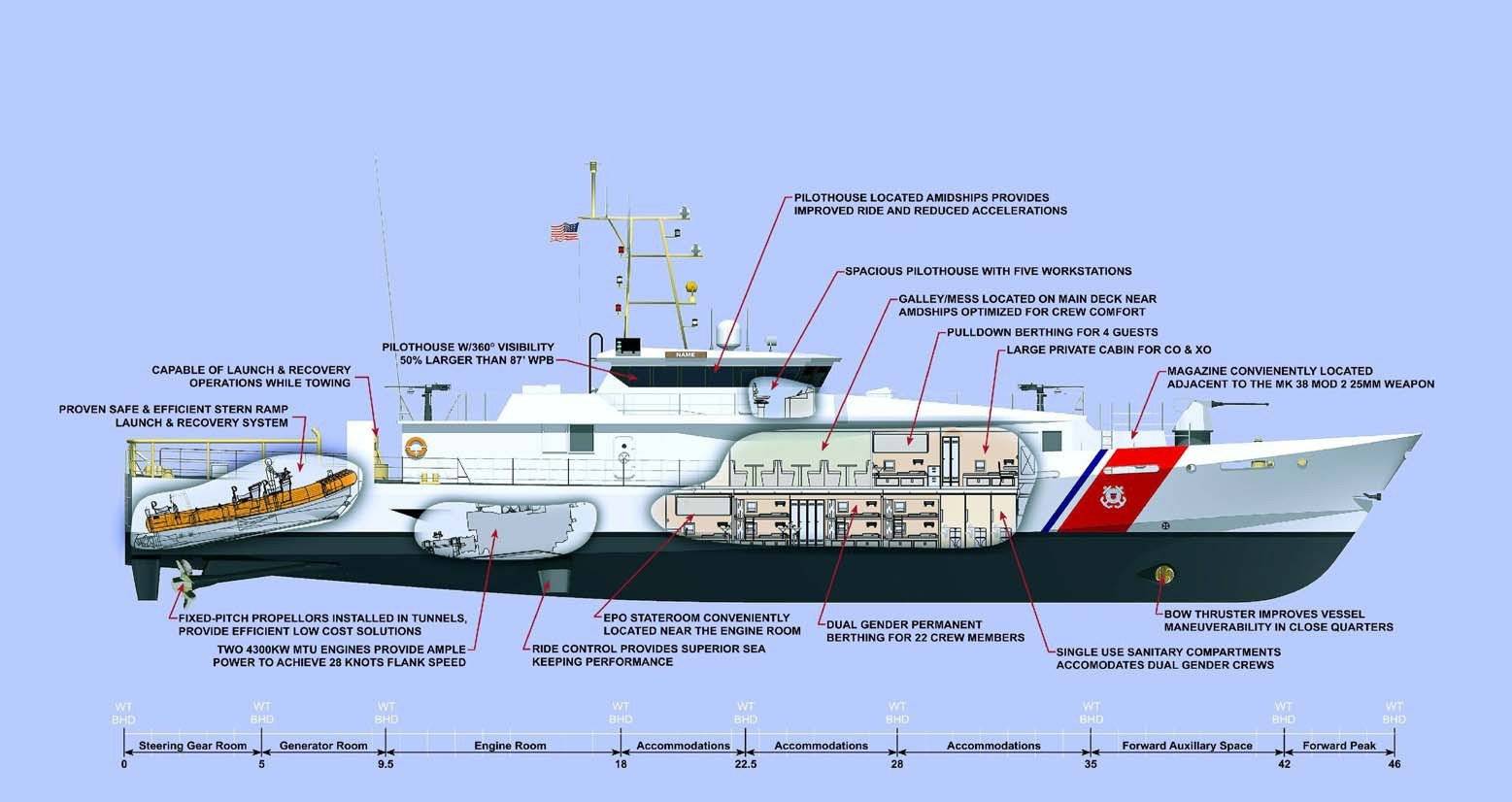 The Sentinel-class cutter, previously known as the Fast Response Cutter, is part of the United States Coast Guard's Deepwater program. At 46.8 metres (154 ft) it is similar to, but larger than the 123-foot (37 m) extended Island-class patrol boats, like the USCGC Matagorda (WPB-1303). 24 to 58 vessels are to be built by the Louisiana based firm Bollinger shipyards, using a design from the Netherlands-based Damen Group, with the Sentinel design based on the company's Damen Stan 4708 patrol vessel.

The vessels are armed with a remote-control 25 mm Bushmaster autocannon and four, crew-served M2HB .50-caliber machine guns. They have a bow thruster for maneuvering in crowded anchorages and channels. They also have small underwater fins, for coping with the rolling and pitching caused by large waves. They are equipped with a stern launching ramp, like the Marine Protector-class and the eight failed expanded Island-class cutters. They are manned by a crew of 22. Like the Marine Protector class, and the cancelled extended Island-class cutters, the Fast Response Cutter would deploy the Short Range Prosecutor Rigid-hulled inflatable (SRP or RHIB) for rescues and interceptions. According to Marine Log, modifications to the Coast Guard vessels from the Stan 4708 design include an increase in speed from 23 to 28 knots (43 to 52 km/h; 26 to 32 mph), fixed pitch rather than variable pitch propellers, stern launch capability, and watertight bulkheads.

On February 7, 2013, the Department of Homeland Security requested tenders from third party firms to independently inspect the cutters, during their construction, and their performance trials.

On October 27, the Coast Guard released the names of the first 14 Coast Guard enlisted heroes for whom the Sentinel-class FRCs will be named.

Six vessel are budgeted to be procured in 2013.