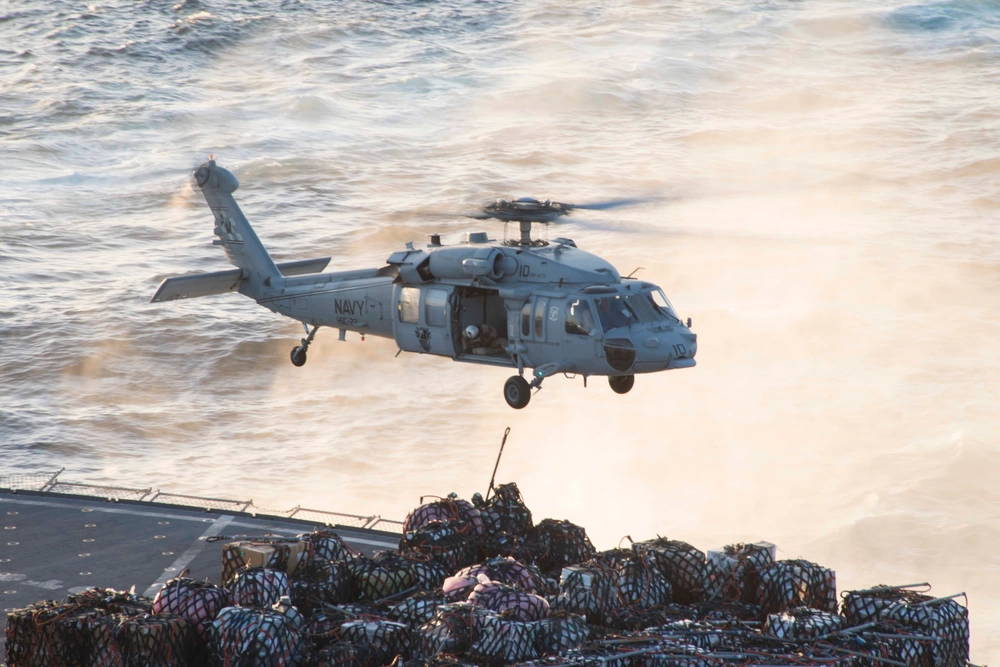 The Sikorsky SH-60/MH-60 Seahawk (or Sea Hawk) is a twin turboshaft engine, multi-mission United States Navy helicopter based on the United States Army UH-60 Black Hawk and a member of the Sikorsky S-70 family. The most significant airframe modification is a hinged tail to reduce its footprint aboard ships.

Five YSH-60B Seahawk LAMPS III prototypes were ordered. The first flight of a YSH-60B occurred on 12 December 1979. The first production version SH-60B achieved its first flight on 11 February 1983. The SH-60B entered operational service in 1984 with first operational deployment in 1985.

A Seahawk waits above the ground to evacuate a simulated casualty as fellow MARSOC operators bring the Marine on a stretcher.

The SH-60B LAMPS Mk III is deployed primarily aboard frigates, destroyers, and cruisers. The primary missions of the SH-60B are surface warfare and anti-submarine warfare. Source
The information contained on this page is unclassified, approved for public dissemination and is released under CC-BY-SA Licensing Agreement.