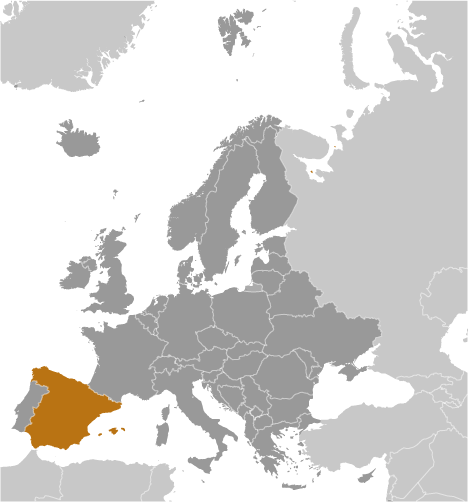 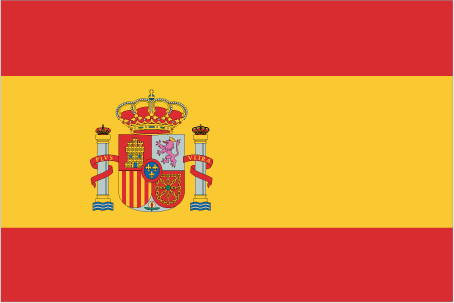 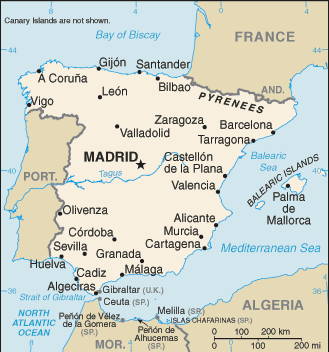 18-26 years of age for voluntary military service by a Spanish citizen or legal immigrant, 2-3 year obligation; women allowed to serve in all SAF branches, including combat units; no conscription, but Spanish Government retains right to mobilize citizens 19-25 years of age in a national emergency; mandatory retirement of non-NCO enlisted personnel at age 45 or 58, depending on service length (2013)

country comparison to the world: 116

in 2002, Gibraltar residents voted overwhelmingly by referendum to reject any "shared sovereignty" arrangement; the Government of Gibraltar insists on equal participation in talks between the UK and Spain; Spain disapproves of UK plans to grant Gibraltar greater autonomy; Morocco protests Spain's control over the coastal enclaves of Ceuta, Melilla, and the islands of Penon de Velez de la Gomera, Penon de Alhucemas, and Islas Chafarinas, and surrounding waters; both countries claim Isla Perejil (Leila Island); Morocco serves as the primary launching site of illegal migration into Spain from North Africa; Portugal does not recognize Spanish sovereignty over the territory of Olivenza based on a difference of interpretation of the 1815 Congress of Vienna and the 1801 Treaty of Badajoz