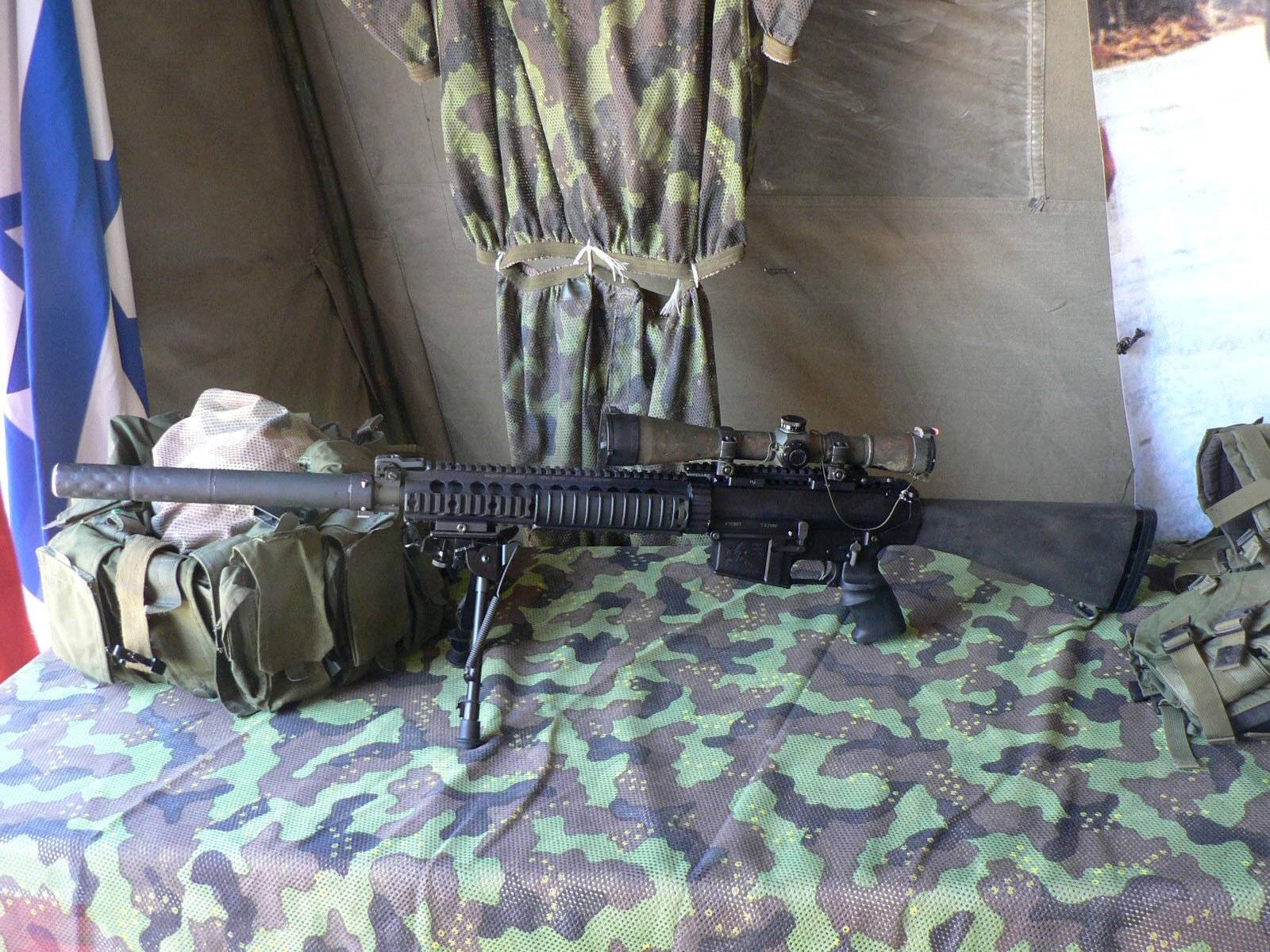 The SR-25 (Stoner Rifle-25) is a semi-automatic sniper rifle designed by Eugene Stoner and manufactured by Knight's Armament Company.

The SR-25 uses a rotating bolt and a direct impingement gas system. It is loosely based on Stoner's AR-10, rebuilt in its original 7.62×51mm NATO caliber. Up to 60% of parts of the SR-25 are interchangeable with the AR-15 and M16—everything but the upper and lower receivers, the hammer, the barrel assembly and the bolt carrier group. SR-25 barrels were originally manufactured by Remington Arms with its 5R (5 grooves, rounded) rifling, with twist 1:11.25 (1 complete turn in 11.25 inches or 286 millimeters). The heavy 20 in (510 mm) barrel is free-floating, so handguards are attached to the front of the receiver and do not touch the barrel.

First military purchase was spearheaded by the US Navy in the early 1990s; the first operational deployment and use of the SR-25 sniper rifle was with US Navy SEAL snipers supporting operations in Somalia 1993.