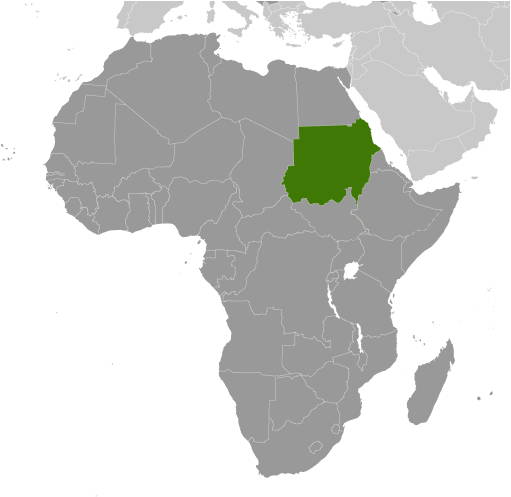 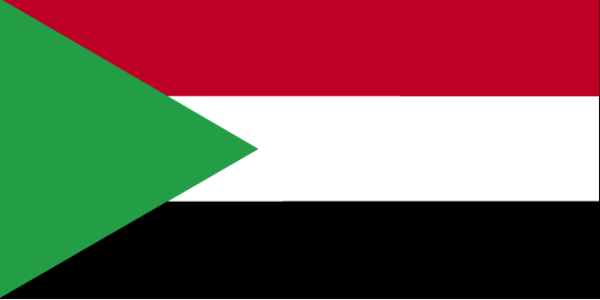 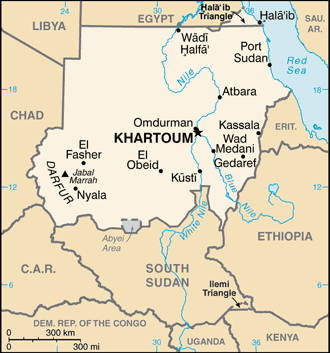 18-33 years of age for male and female compulsory or voluntary military service; 1-2 year service obligation; a requirement that completion of national service was mandatory before entering public or private sector employment has been cancelled (2012)

country comparison to the world: 24

the effects of Sudan's almost constant ethnic and rebel militia fighting since the mid-20th century have penetrated all of the neighboring states; Chad wishes to be a helpful mediator in resolving the Darfur conflict, and in 2010 established a joint border monitoring force with Sudan, which has helped to reduce cross-border banditry and violence; as of 2006, Chad, Ethiopia, Kenya, Central African Republic, Democratic Republic of the Congo, and Uganda provided shelter for over a half million Sudanese refugees, which include 240,000 Darfur residents driven from their homes by Janjawid armed militia and Sudanese military forces; as of January 2011, Sudan, in turn, hosted about 138,700 Eritreans, 43,000 Chadians, and smaller numbers of Ethiopians; Sudan accuses Eritrea of supporting Sudanese rebel groups; efforts to demarcate the porous boundary with Ethiopia proceed slowly due to civil and ethnic fighting in eastern Sudan; Sudan claims but Egypt de facto administers security and economic development of Halaib region north of the 22nd parallel boundary; periodic violent skirmishes with Sudanese residents over water and grazing rights persist among related pastoral populations along the border with the Central African Republic; South Sudan-Sudan boundary represents 1 January 1956 alignment, final alignment pending negotiations and demarcation; final sovereignty status of Abyei Area pending negotiations between South Sudan and Sudan

current situation: Sudan is a source, transit, and destination country for men, women, and children who are subjected to forced labor and sex trafficking; Sudanese women and girls, particularly those from rural areas or who are internally displaced, are vulnerable to forced labor as domestic workers in homes throughout the country; some of these women and girls are subsequently sexually abused by male occupants of the household or forced to engage in commercial sex acts; Sudanese women and girls are subjected to domestic servitude in Middle Eastern countries and to forced sex trafficking in European countries; some Sudanese men who voluntarily migrate to the Middle East as low-skilled laborers face conditions indicative of forced labor; Sudanese children in Saudi Arabia are used in forced begging and street vending; Sudan is a transit and destination country for Ethiopian and Eritrean women subjected to domestic servitude in Sudan and Middle Eastern countries; Sudan is a destination for Ethiopian, Somali, and possibly Thai women subjected to forced prostitution; Sudanese children in Darfur are forcibly conscripted, at times through abduction, and used by armed groups and government security forces

tier rating: Tier 3 - Sudan does not fully comply with the minimum standards for the elimination of trafficking and is not making significant efforts to do so; while the government has taken some initial steps to draft anti-trafficking legislation, prosecute suspected traffickers, demobilize and reintegrate child soldiers, and has convened its first workshop to discuss human trafficking, its efforts to combat human trafficking through law enforcement, protection, or prevention measures are undertaken in an ad hoc fashion, rather than as the result of strategic planning; the government has not employed a system for proactively identifying trafficking victims among vulnerable populations or a referral process for transferring victims to organizations providing care; its proxy militias reportedly unlawfully recruited and used child soldiers during the reporting period; the government has not taken action to conclude a proposed action plan with the UN to address the problem (2013)