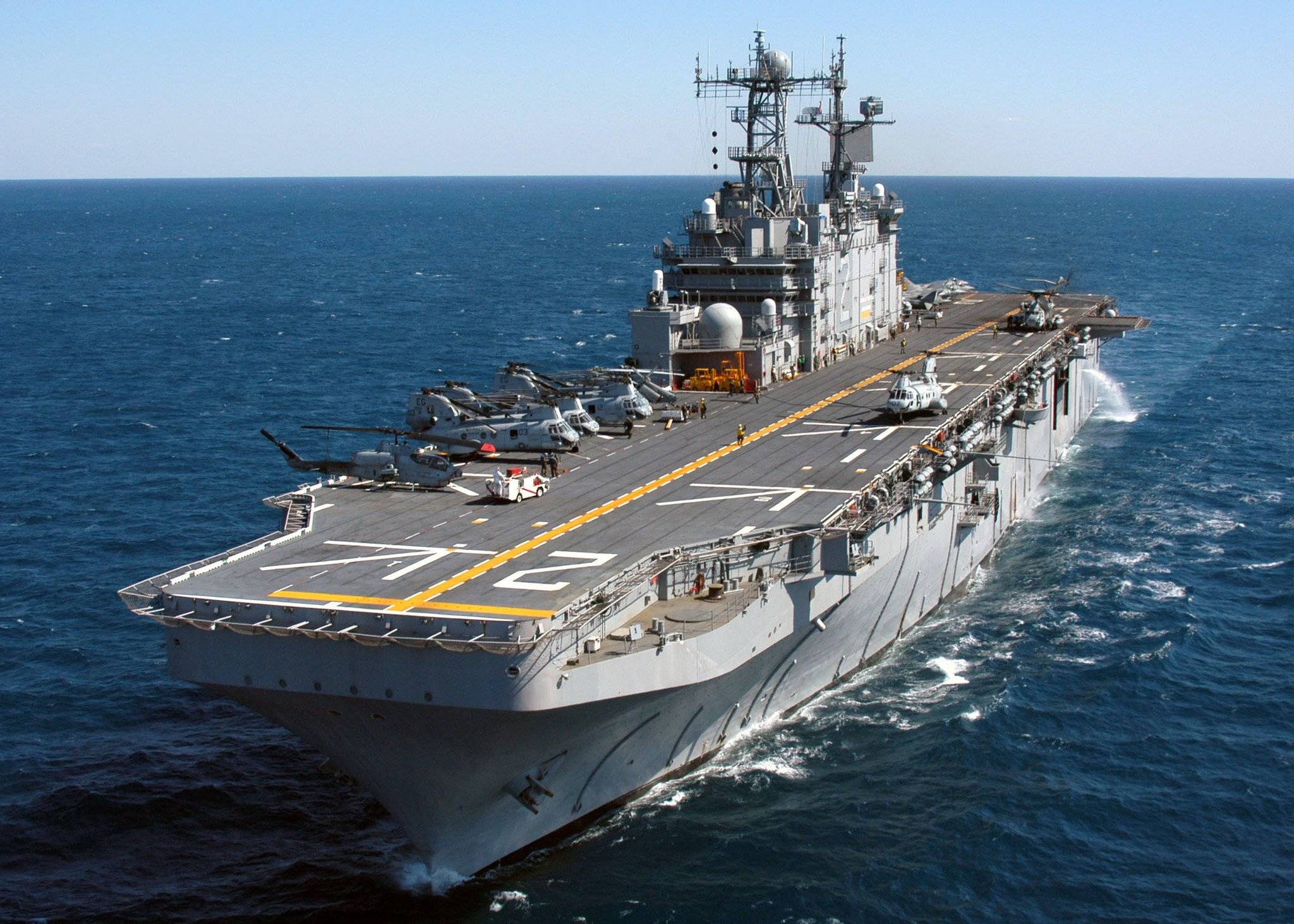 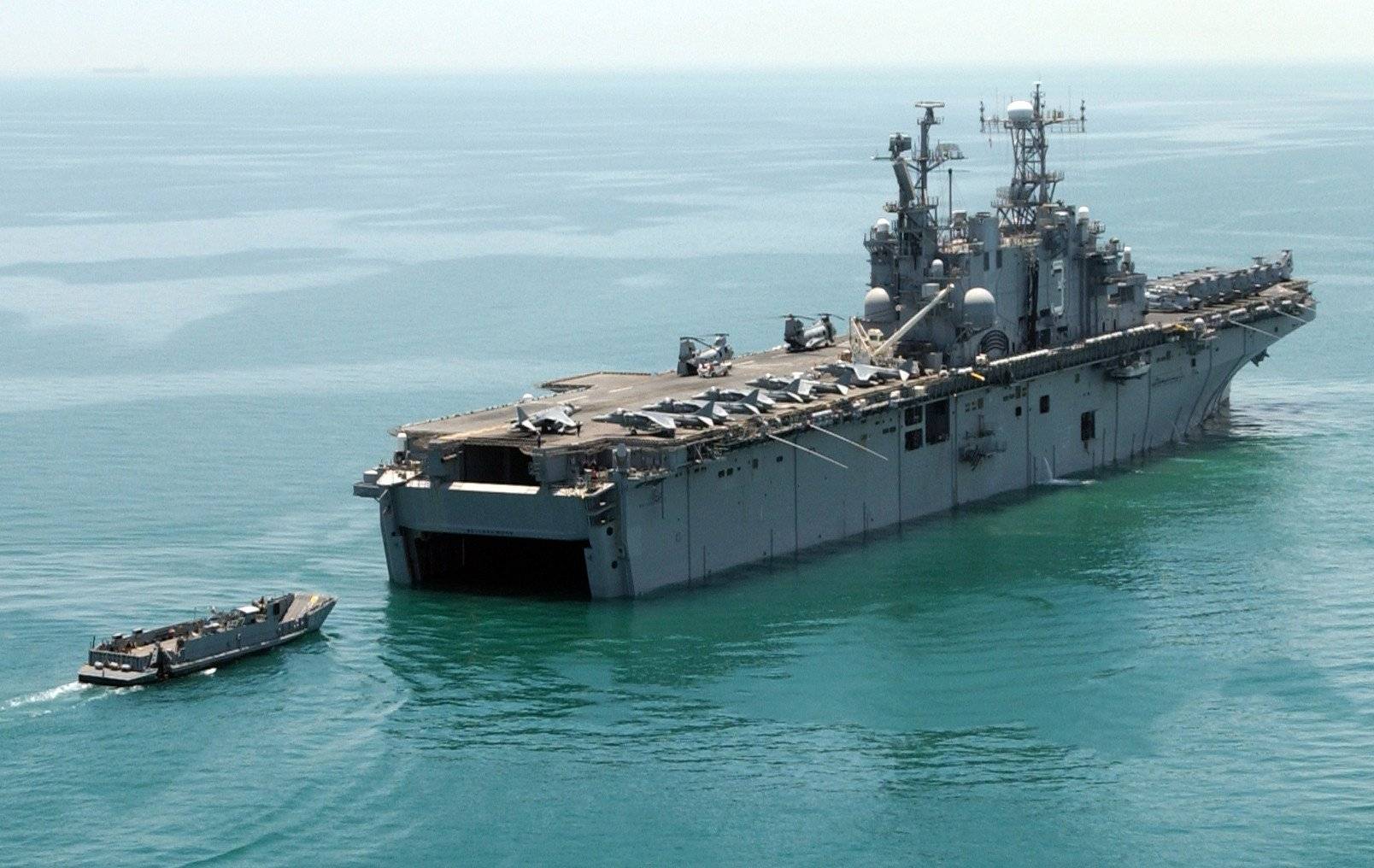 The number of helicopters carried by each vessel was up to 19 Sikorsky CH-53 Sea Stallions, 26 Boeing Vertol CH-46 Sea Knight, or a mix of the two. The 820-by-118.1-foot (250 by 36.0 m) flight deck is fitted with two aircraft lifts, and up to 9 Sea Stallions or 12 Sea Knights can be operated simultaneously. With a small amount of modification, the ships could carry and operate up to six McDonnell Douglas AV-8B Harrier II jump-jets.

The Tarawa class ships are designed to embark a reinforced battalion of the United States Marine Corps and their equipment. Onboard accommodation is provided for up to 1,703 marines, while 33,730 cubic feet (955 m3) is provided for the battalion's vehicles, and 116,900 cubic feet (3,310 m3) is allocated for stores and other equipment. As well as deploying by helicopters, personnel and equipment can be embarked or offloaded via a 268-by-78-foot (82 by 24 m) well deck in each ship's stern. Up to four LCU 1610 landing craft can be transported in and operated from the well deck, along with other designs and combinations of landing craft (two LCU and two LCM-8, or 17 LCM-6, or 45 LVT).

The Tarawa design was later repeated for the Wasp class amphibious assault ships, with some changes. The main changes to the latter eight-ship class include the lower placement of the ship's bridge aboard the Wasps, the relocation of the command and control facilities to inside the hull, modifications to allow the operation of Harrier jump-jets and Landing Craft Air Cushion hovercraft, and removal of the 5-inch guns and their sponsons to increase the overall size of the flight deck.