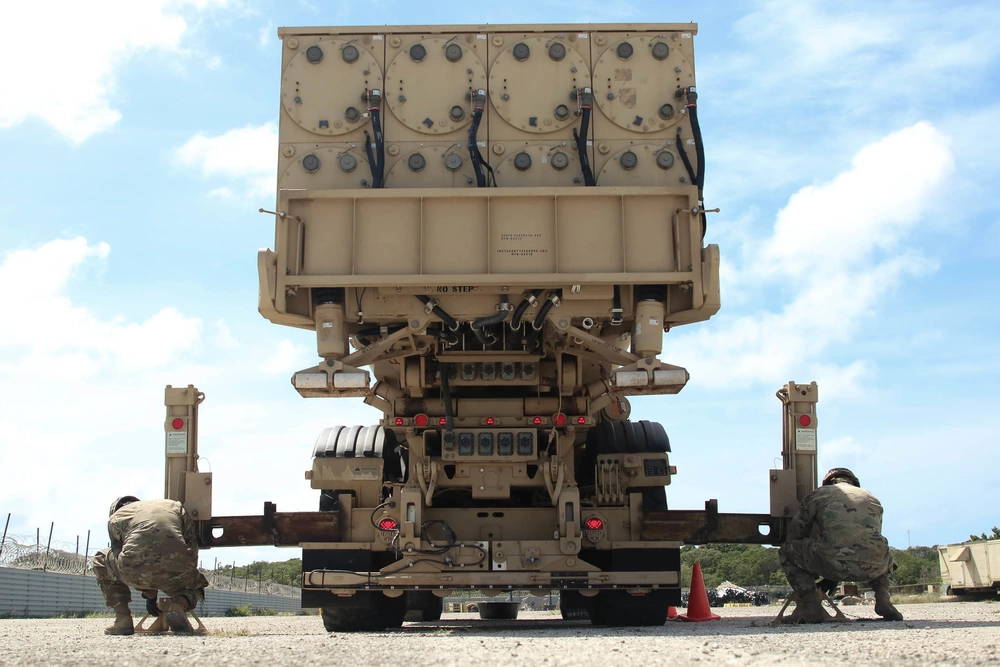 Terminal High Altitude Area Defense (THAAD), formerly Theater High Altitude Area Defense, is a United States Army system designed to shoot down short, medium, and intermediate ballistic missiles in their terminal phase using a hit-to-kill approach. The missile carries no warhead but relies on the kinetic energy of the impact. THAAD was designed to hit Scuds and similar weapons, but has a limited capability against ICBMs.

Although originally a U.S. Army program, THAAD has come under the umbrella of the Missile Defense Agency. The Navy has a similar program, the sea-based Aegis Ballistic Missile Defense System, which now has a land component as well ("Aegis ashore"). The two now share some subsystems, for example the AN/TPY-2 radar. THAAD was originally scheduled for deployment in 2012, but initial deployment took place May 2008.

Sometimes called Kinetic Kill technology, the THAAD missile destroys missiles by colliding with them, using hit-to-kill technology, like the MIM-104 Patriot PAC-3 (although the PAC-3 also contains a small explosive warhead). This is unlike the Patriot PAC-2 which carried only an explosive warhead detonated using a proximity fuse. Although the actual figures are classified, THAAD missiles have an estimated range of 125 miles (200 km), and can reach an altitude of 93 miles (150 km). The THAAD missile is manufactured at the Lockheed Martin Pike County Operations facility near Troy, Alabama. The facility performs final integration, assembly and testing of the THAAD missile.

The THAAD Radar is an X-Band Radar developed and built by Raytheon at its Andover, Massachusetts Integrated Air Defense Facility. It is the world's largest ground/air-transportable X-Band radar. The THAAD Radar and a variant developed as a forward sensor for ICBM missile defense, the "Forward-Based X-Band - Transportable (FBX-T)" radar were assigned a common designator, AN/TPY-2, in late 2006/early 2007.
Source
The information contained on this page is unclassified, approved for public dissemination and is released under CC-BY-SA Licensing Agreement.