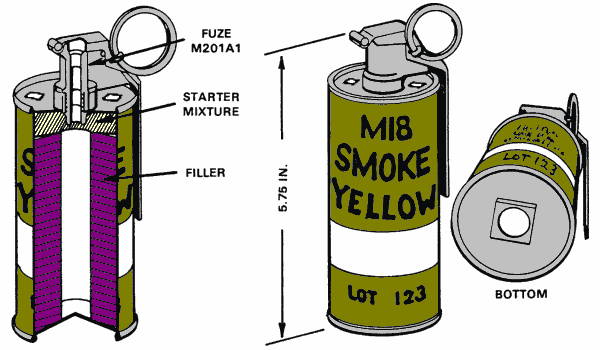 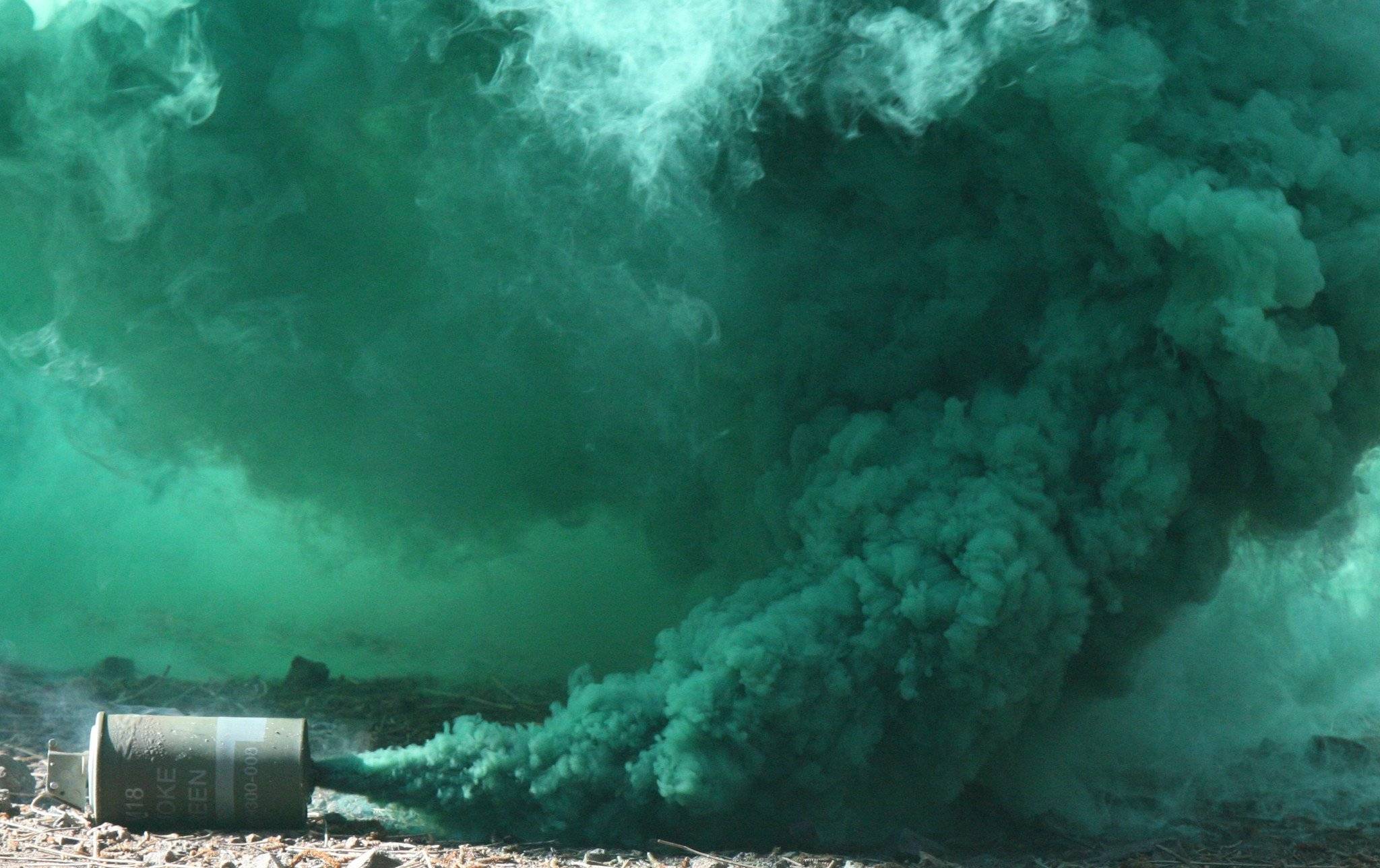 The M18 Colored Smoke Grenade is a US Army grenade used as a ground-to-ground or ground-to-air signaling device, a target or landing zone marking device, or a screening device for unit maneuvering. The M18 replaced the World War II M16 which did not burn as long as vividly. It is not designated the "AN-M18" but "M18." It can be seen repeatedly in the film Apocalypse Now (1979). It was discovered in Vietnam that the green smoke drove away swarming bees.