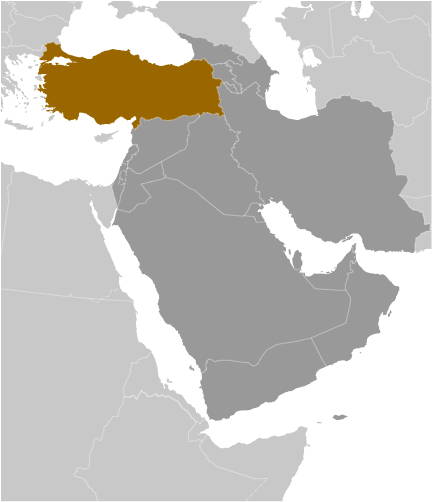 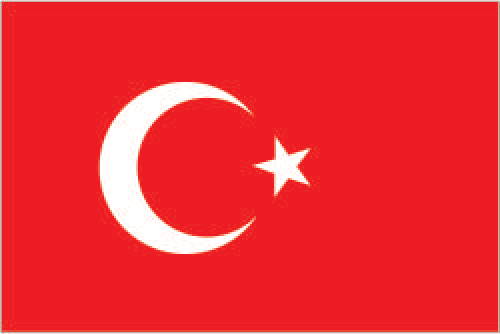 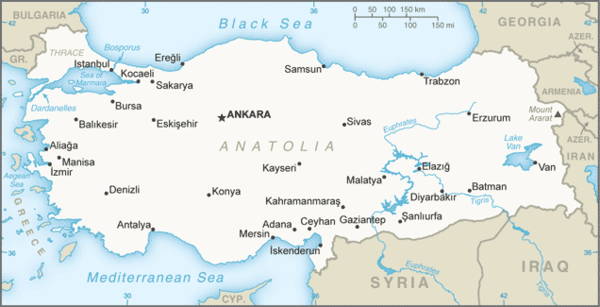 21-41 years of age for male compulsory military service; 18 years of age for voluntary service; 15 months conscript obligation for non-university graduates, 6-12 months for university graduates; conscripts are called to register at age 20, for service at 21; women serve in the Turkish Armed Forces only as officers; reserve obligation to age 41; under a law passed in November 2011, men aged 30 and older, or who have worked 3 years in foreign countries, may pay $16,200 in lieu of mandatory military service (2013)

country comparison to the world: 14

the ruling Justice and Development Party (AKP) has incrementally asserted its supremacy over the military since first taking power in 2002 and has reduced the role of the Turkish Armed Forces (TSK) in internal security, increasing the responsibility of the Turkish National Police (TNP) in combating its Kurdish insurgency; the TSK leadership continues to play a role in politics and considers itself guardian of Turkey's secular state; primary domestic threats are listed as fundamentalism (with the definition in some dispute with the civilian government), separatism (Kurdish discontent), and the extreme left wing; Ankara strongly opposed establishment of an autonomous Kurdish region; an overhaul of the Turkish Land Forces Command (TLFC) taking place under the "Force 2014" program is to produce 20-30% smaller, more highly trained forces characterized by greater mobility and firepower and capable of joint and combined operations; the TLFC has taken on increasing international peacekeeping responsibilities, and took charge of a NATO International Security Assistance Force (ISAF) command in Afghanistan in April 2007; the Turkish Navy is a regional naval power that wants to develop the capability to project power beyond Turkey's coastal waters; the Navy is heavily involved in NATO, multinational, and UN operations; its roles include control of territorial waters and security for sea lines of communications; the Turkish Air Force adopted an "Aerospace and Missile Defense Concept" in 2002 and has initiated project work on an integrated missile defense system; Air Force priorities include attaining a modern deployable, survivable, and sustainable force structure, and establishing a sustainable command and control system (2008)

complex maritime, air, and territorial disputes with Greece in the Aegean Sea; status of north Cyprus question remains; Syria and Iraq protest Turkish hydrological projects to control upper Euphrates waters; Turkey has expressed concern over the status of Kurds in Iraq; in 2009, Swiss mediators facilitated an accord reestablishing diplomatic ties between Armenia and Turkey, but neither side has ratified the agreement and the rapprochement effort has faltered; Turkish authorities have complained that blasting from quarries in Armenia might be damaging the medieval ruins of Ani, on the other side of the Arpacay valley;

IDPs: at least 954,000-1.2 million (displaced from 1984-2005 because of fighting between Kurdish PKK and Turkish military; most IDPs are Kurds from eastern and southeastern provinces; no information available on persons displaced by development projects) (2012)

key transit route for Southwest Asian heroin to Western Europe and, to a lesser extent, the US - via air, land, and sea routes; major Turkish and other international trafficking organizations operate out of Istanbul; laboratories to convert imported morphine base into heroin exist in remote regions of Turkey and near Istanbul; government maintains strict controls over areas of legal opium poppy cultivation and over output of poppy straw concentrate; lax enforcement of money-laundering controls