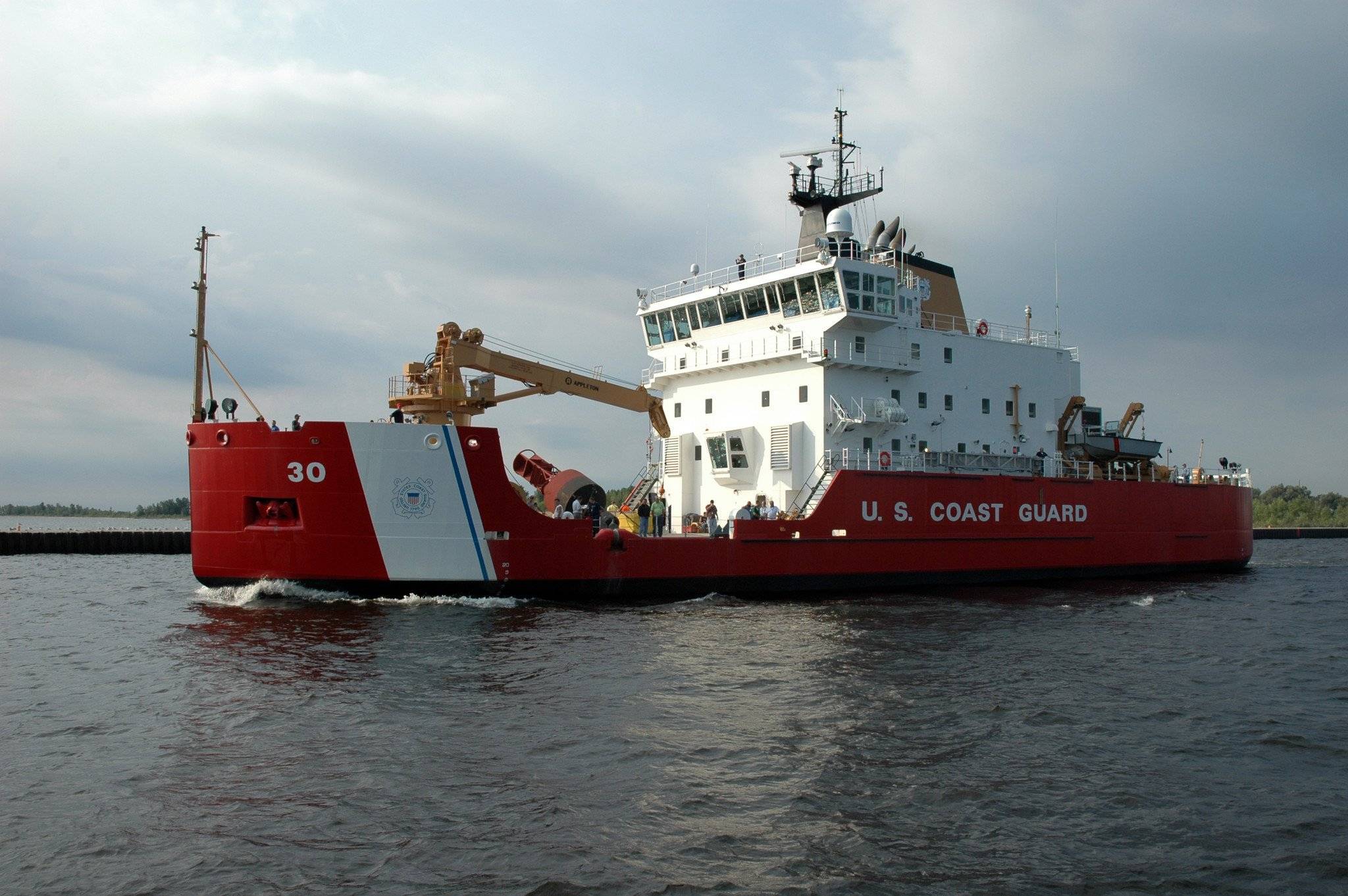 Mackinaw was delivered to the Coast Guard on November 18, 2005 and commissioned on June 10, 2006. In addition to her ice-breaking duties, the Mackinaw will also serve as an Aids to Navigation ship, able to perform the same duties as the Seagoing Buoy Tenders(WLB) of the Coast Guard fleet.

One of the Mackinaw's unique features in the US Coast Guard fleet is the use of two Azipods, ABB's brand of electric azimuth thrusters, for her main propulsion. These, coupled with a 550 hp (410 kW) bow thruster, make the ship exceptionally maneuverable. Azipods also remove the need for a traditional rudder, as the thrusters can turn 360 degrees around their vertical axis to direct their thrust in any direction. Because the Azipods can be controlled individually, the Mackinaw also lacks a traditional ship's steering wheel.

The Mackinaw got off to a rocky start before being commissioned. While en route to her new home port of Cheboygan, Michigan, the Mackinaw struck a seawall in Grand Haven, Michigan on December 12, 2005. The accident caused a 10-foot (3.0 m) dent in the bow of the Mackinaw on her starboard side. Shortly after the accident, CAPT Donald Triner, the commanding officer of the Mackinaw, was temporarily relieved of duty pending an investigation into the accident. The accident did not delay the ship's scheduled arrival in her new home port; she arrived on December 17, 2005. Captain Triner was later permanently relieved of duty and replaced by CAPT Michael Hudson, who was replaced in turn by CDR John Little in April 2006. CDR Scott J. Smith assumed command in July 2008 and was relieved by CDR Michael J. Davanzo in Aug, 2011.

The Mackinaw can be seen and toured at Grand Haven's Coast Guard Festival every summer. The ship was also featured on the television series Modern Marvels.