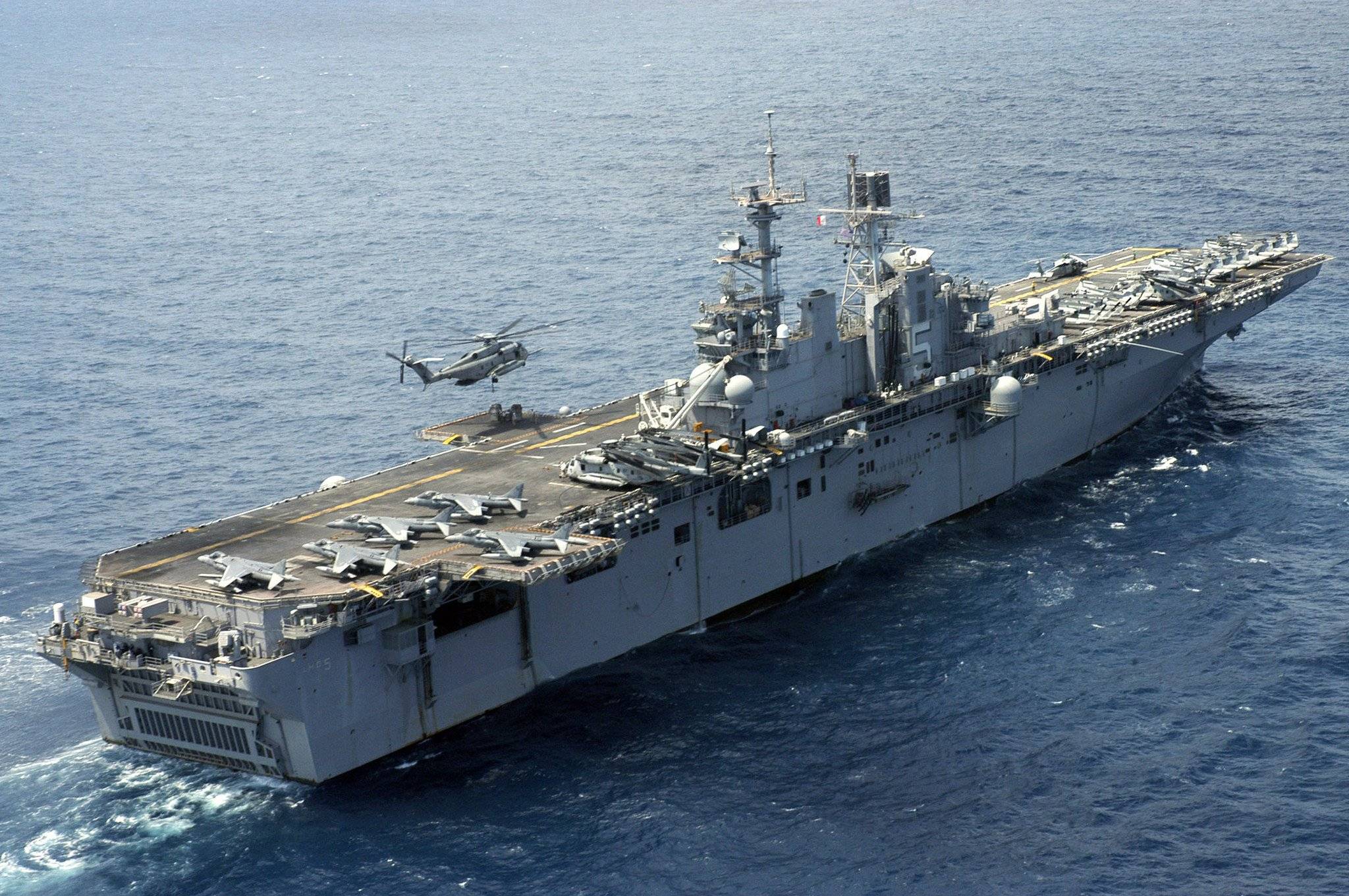 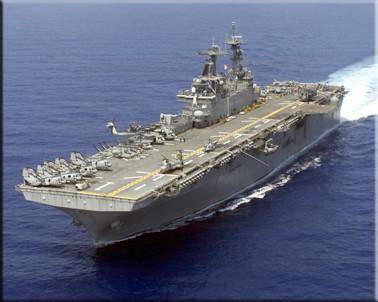 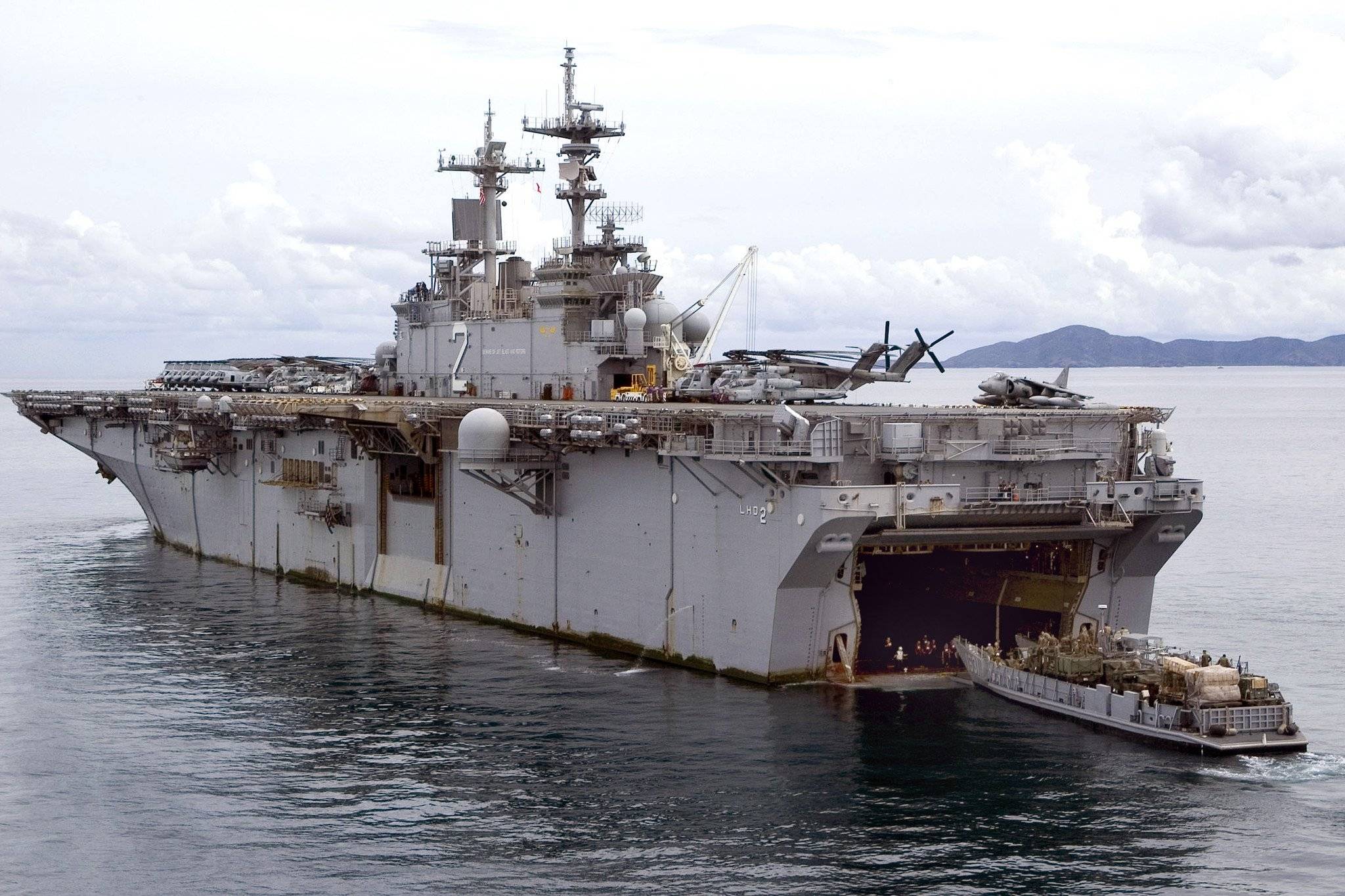 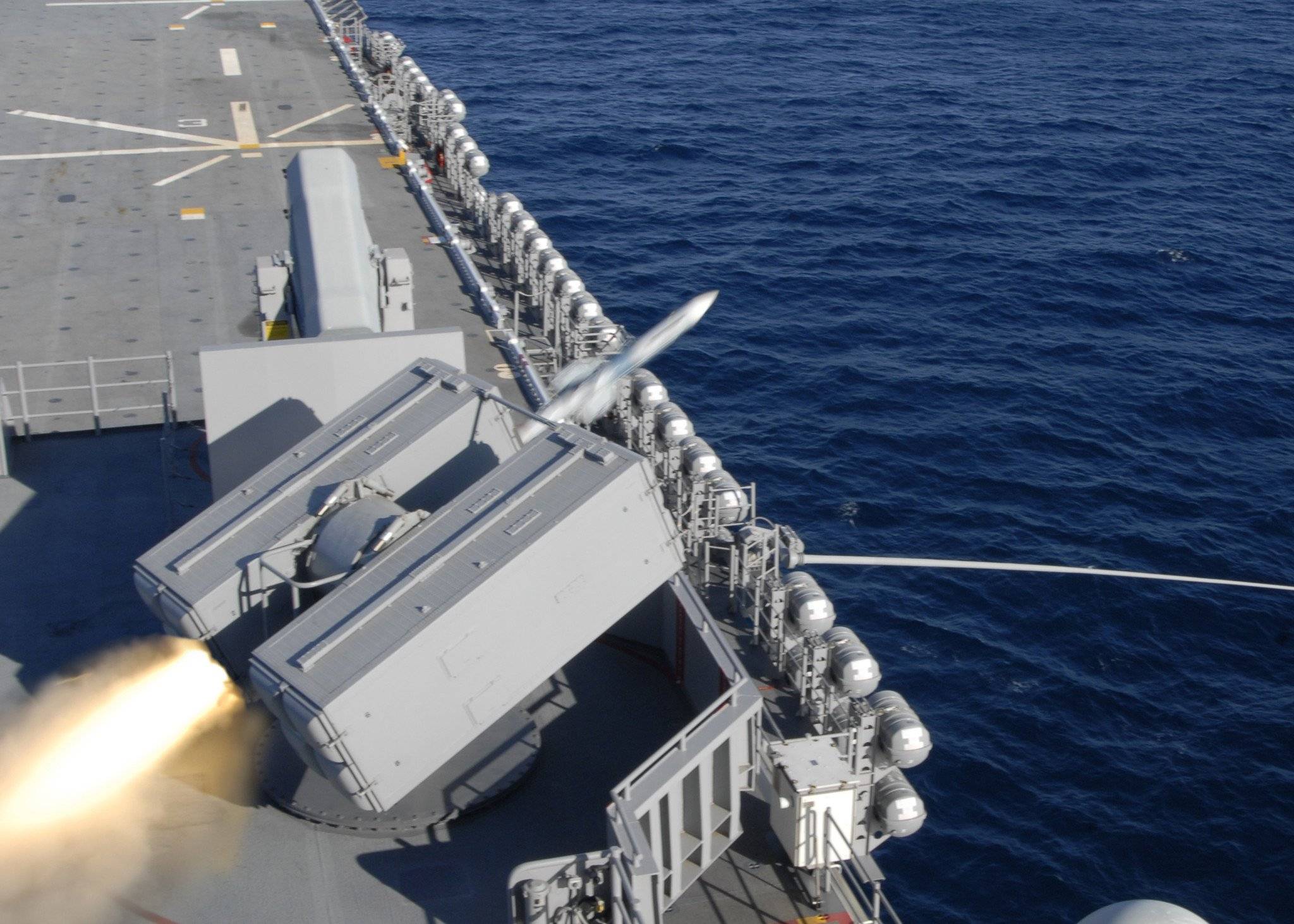 The Wasp class is a class of Landing Helicopter Dock (LHD) amphibious assault ships operated by the United States Navy. Based on the Tarawa class, with modifications to operate more advanced aircraft and landing craft, the Wasp class is capable of transporting almost the full strength of a United States Marine Corps Marine Expeditionary Unit (MEU), and landing them in hostile territory via landing craft or helicopters. All Wasp-class ships were built by Ingalls Shipbuilding, at Pascagoula, Mississippi, with lead ship USS Wasp commissioned on 29 July 1989. Eight Wasp-class ships were built, and as of 2013, all eight are active.

The Wasp class is based on the preceding Tarawa-class design. The design was modified to allow for the operation of AV-8B Harrier II aircraft and Landing Craft Air Cushion (LCAC) hovercraft, making the Wasp class the first ships specifically designed to operate these. The main physical changes between the two designs are the lower placement of the ship's bridge aboard the Wasps, the relocation of the command and control facilities to inside the hull, the removal of the 5-inch Mk 45 naval guns and their sponsons on the forward edge of the flight deck, and a lengthening of 24 feet (7.3 m) to carry the LCACs.

The LHDs can support amphibious landings in two forms: by landing craft, or by helicopter. In the 266-by-49.9-foot (81-by-15.2 m) well deck, the LHDs can carry three Landing Craft Air Cushion, twelve Landing Craft Mechanized, or 40 Amphibious Assault Vehicles (AAVs), with another 21 AAVs in the vehicle deck. The flight deck has nine helicopter landing spots, and can operate helicopters as large as the Sikorsky CH-53 Sea Stallion and Boeing Vertol CH-46 Sea Knight. The size of the air group varies depending on the operation: a standard air group consists of six Harriers and four Bell AH-1W Super Cobras for attack and support, twelve Sea Knights and four Sea Stallions for transport, and three to four Bell UH-1N Iroquois utility helicopters. For a full assault, the air group can be maxed out at 42 Sea Knights, while a Wasp operating in the sea control or 'harrier carrier' configuration carries 20 Harriers (though some ships of the class have operated as many as 24), supported by six Sikorsky SH-60 Seahawk helicopters for anti-submarine warfare. The CH-46 is being replaced by the MV-22 Osprey on a squadron-by-squadron basis, with expected full conversion within all aviation combat elements by 2019. Two aircraft elevators move aircraft between the flight deck and the hangar; in order to transit the Panama Canal, these elevators need to be folded in.