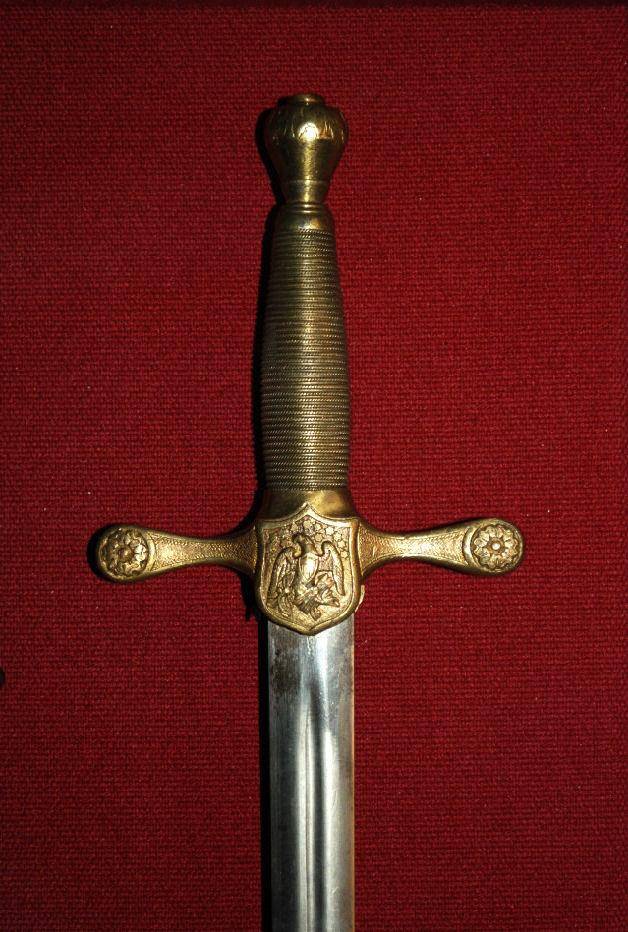 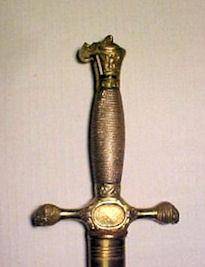 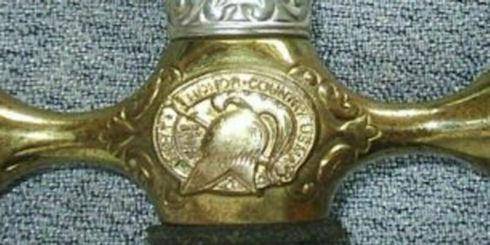 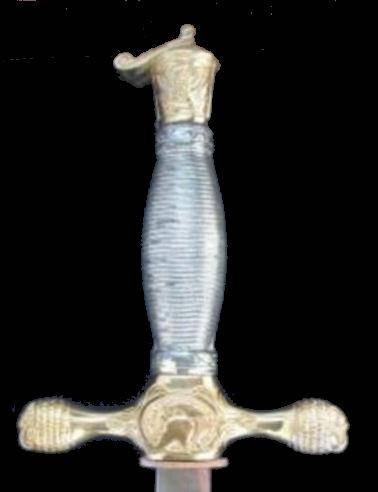 The West Point Cadets' Sword is issued to cadet officers of the United States Military Academy at West Point, New York for use during their formal functions parades, inspections and graduation. It is also used during drills. The swords are issued on their appointment and returned to the Cadet Store after graduation.

The Ames model 1850 seems to be the grandparent of this type of Academy sword. The Academy added trademarks to their sword starting in 1872. Other academies customized their swords, but now only 2 remain. The West Point trademarked Cadet Sword is sold only to current cadets and alumni are the only authorized buyers. The basic cadet sword might not be made from the same materials specified by the Academy and is sold without trademarks. It can be purchased almost anywhere. The basic cadet sword has been or is made in Germany, West Germany, India, Spain and China, but not all swords are of the same quality. This sword is similar to those used at The Citadel and other military academies worldwide.

The major differences between the two can be seen at left for the U.S.M.A. blade and at right for the standard Academy sword. The blade etching can be seen in a photo below.