In a speech to EU ministers in Strasbourg, France, Merkel said recent events have proven that Europe needs an army of its own.

“What is really important, if we look at the developments of the past year, is that we have to work on a vision of one day creating a real, true European army,” she said, according to the Daily Mail.

The reference to “developments of the past year” appeared to refer to President Donald Trump, who has on several occasions denounced European nations for what he sees as insufficient contributions to the U.S.-led NATO security alliance. Merkel also called for defense policy to be coordinated through a new European Security Council that would work with, but be independent of, NATO.

Merkel’s speech comes a week after Macron first broached the idea of creating an EU army in light of Russian military interventions in Ukraine and Trump’s recent decision to pull out of a Cold War-era arms control pact. Europe needs its own continental military force to protect against Russia, China, and even the U.S., Macron said. (RELATED: Digging At Trump? Macron Says ‘Patriotism Is The Exact Opposite Of Nationalism’)

“I believe in the project of a sovereign Europe,” he told France’s Europe 1 radio in an interview on Nov. 6. “We won’t protect Europe if we don’t decide to have a true European army.” 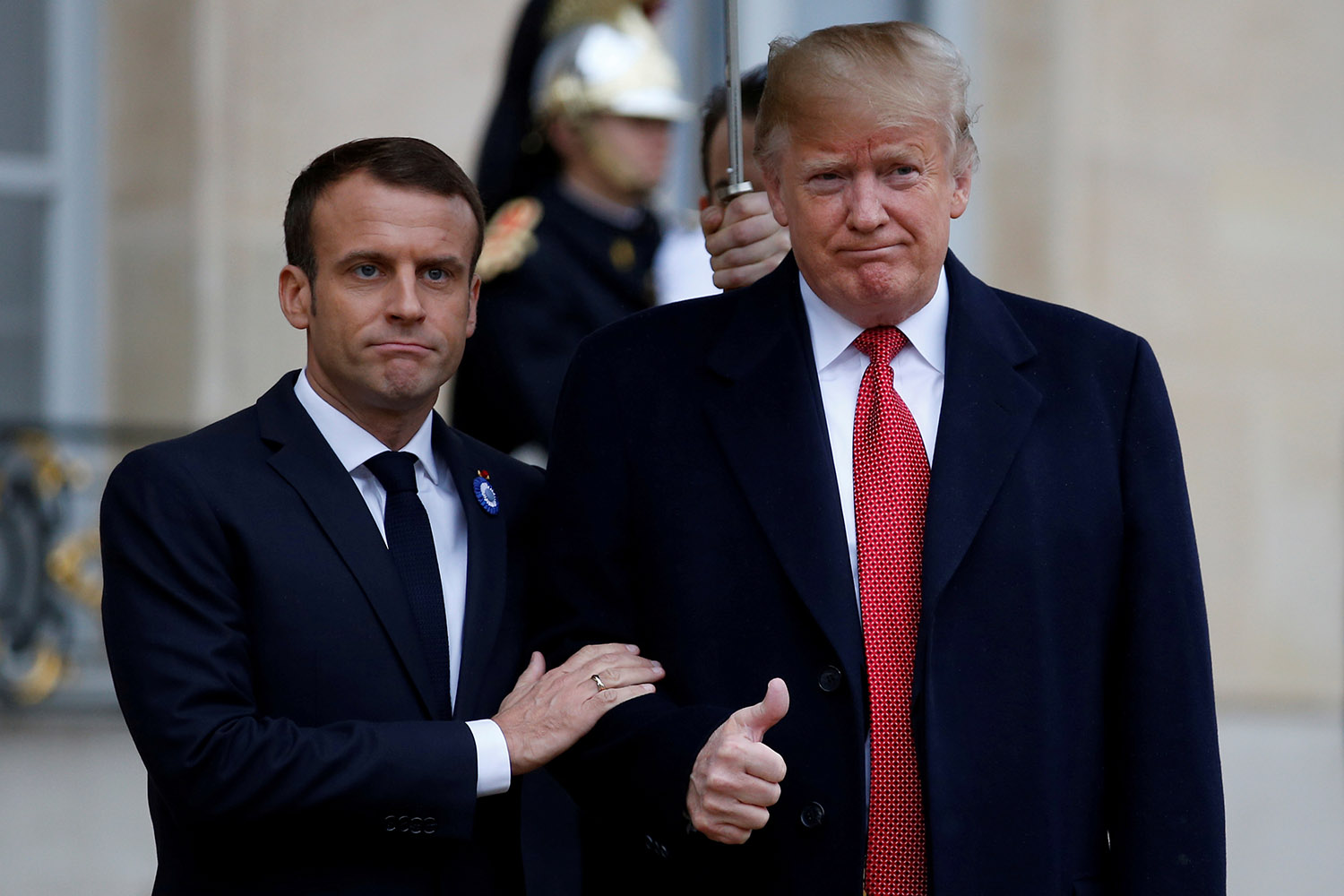 French President Emmanuel Macron welcomes U.S. President Donald Trump at the Elysee Palace on the eve of the commemoration ceremony for Armistice Day, 100 years after the end of the First World War, in Paris, France, November 10, 2018. REUTERS/Vincent Kessler

Macron’s comment drew a swift rebuke from Trump, who called the suggestion “insulting” and told the French leader to focus on boosting his country’s NATO contributions. Trump slammed Macron again on Tuesday morning, ridiculing French losses in both World Wars and demanding that France reduce its tariffs on U.S. wine.

“Emmanuel Macron suggests building its own army to protect Europe against the U.S., China and Russia,” Trump wrote on Twitter. “But it was Germany in World Wars One & Two — How did that work out for France? They were starting to learn German in Paris before the U.S. came along. Pay for NATO or not!”

Macron’s office has clarified that he did not mean to suggest Europe needs its own army to defend against a U.S. military invasion, but rather to insulate the continent from Washington’s own national security decisions. Merkel echoed that rationale in her speech Tuesday.

“Europe must take our fate into our own hands if we want to protect our community,” she said.